Walking into the Birds of Prey media screening earlier this week, I knew one thing. I LOVED the trailer. But as we all know, when it comes to DC, a good trailer means nothing. Good characters mean nothing. And, to be real, a solid movie from DC Comics… it’s just not a concept any of us are that familiar with since Christopher Nolan left the picture. (Don’t get me started on all the terrible ones that – I just really loved his Batman trilogy)

There was one exception, Wonder Woman. And as of February 2020, there are two exceptions, because Birds of Prey is one insane and truly kickass film.

Maybe DC should focus on female-lead films… Why? Well, with Wonder Woman, director Patty Jenkins made a masterpiece. And with Birds of Prey, the thanks goes to Margot Robbie, who not only stars as the unforgettable Harley Quinn – but also was a producer on the film. Oh, and she was also the reason the whole movie got made. Not to mention that Cathy Yan directed and Christina Hodson wrote the script. I’m not saying that girls do it better… But…

Check out the Birds of Prey trailer below!

Birds of Prey Review: What I Liked and Didn’t Like

If you’re comparing to Marvel to DC when it comes to the cinematic universe, Marvel usually wins. They bring a certain degree of epicness with all their movies – not to mention the humor is light and executed perfectly. Then you have the dark stepchild of the comic cinematic universe… DC. What works well in DC comics – the darkness and the more subtle humor – never seems to translate well to the big screen. However, it translates perfectly with Birds of Prey.

Harley Quinn is an incredibly complex character. If you portray her inaccurately, you end up with an immensely annoying character. However, Margot Robbie does a stellar job at walking a thin line between embarrassing the character’s quirks and making a rather loud and obnoxious character extremely relatable. She’s not only enjoyable to watch, as an audience member – You’re Team Harley.

Robbie’s fantastic performance aside, the supporting cast of badass females is equally impressive with what they bring to the table. Each powerful, though a little weird (what’s so great about normal?) in their own ways.

Long story short, the casting is perfect. The story, while complicated in its timeline, is perfect. The soundtrack is perfect. And the fight scenes…. wait for it… those are perfect too. I honestly have nothing negative to say here. I loved this film from beginning to end. 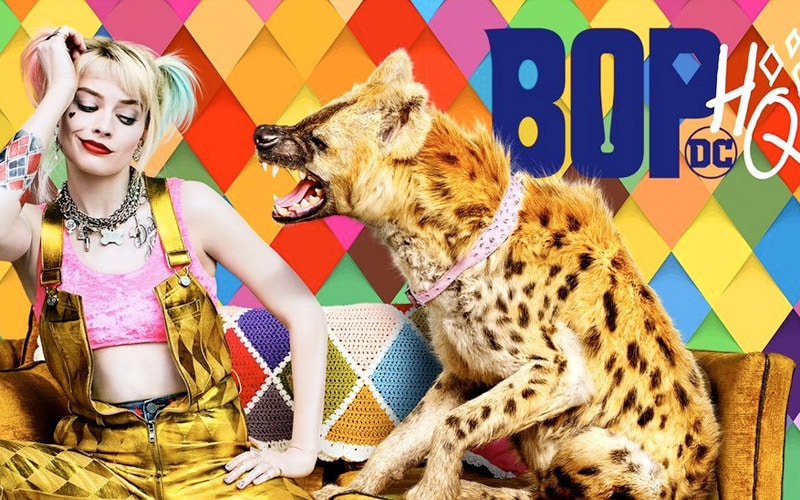 Overall, this film is insane. It’s the kickass movie that we all hoped it would be. And that kickass insanity matches the crazy that Margot Robbie delivers in her portrayal of Harley Quinn. She’ll forever be my on-screen Harley. She’s flawless – as is this film. Well done, DC. You’re raising the bar for yourself. I applaud you, and I cross my fingers you’ll keep it up with Wonder Woman 1984 this June.