With Valentine’s Day just around the corner and lots of heart decor at our favorite retail stores, it’s impossible to deny that love is in the air. For some, that means romantic evenings in or meals at fancy restaurants. For others, that means perfectly planned getaways for two with rose petals and wine. For us… it means looking at our favorite TV series’ and swooning over their finest characters!

One show we can’t get enough of is Riverdale. Maybe it’s the drama and plot twists… maybe it’s the sweet high school romances with a touch of danger, or maybe its the hot dad squad. Whatever hooks you in, much like denying love, it’s impossible to let go.

So this year, in the spirit of all things romance, we’re taking a look at our favorite Riverdale hotties! They’re in no particular order, of course, sans FP Jones who is always our number 1. 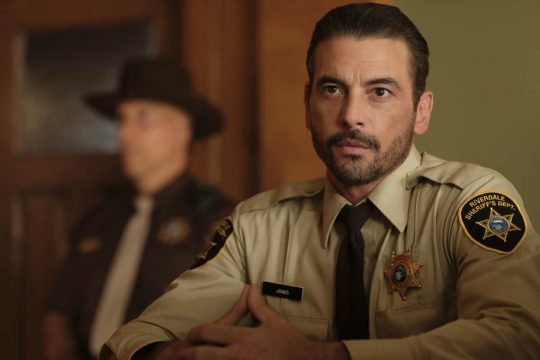 “Here’s the thing about snakes, you don’t step on them…they got no reason to bite”

FP Jones, or Sheriff Jones now (swoon) is honestly the reason we started watching Riverdale. We couldn’t think of someone better than Skeet Ulrich to take on this role, and we’ve never been less than impressed with his performance. FP has grown a lot through the series – from barely holding it together to thriving for himself and the ones he loves – he’s made big moves throughout the twists and turns of Riverdale. We’ve loved seeing his transformation more than that of almost any character on the show – and we never hate seeing that smile either. He’s proud of who he’s become, but the pride he has for his son shines brighter than it ever has before. He may be in law enforcement now, but he’s a Serpent through and through. 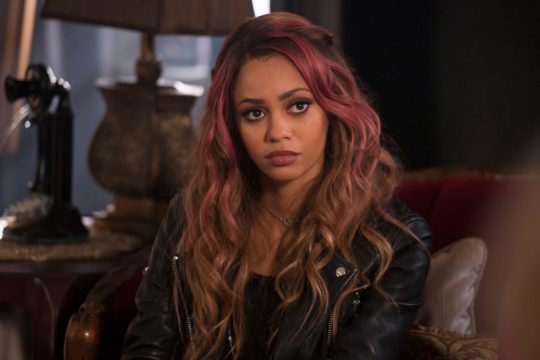 “You want me back in the Serpents? Make me queen. I mean, since I’m legacy and all, right?”

With a little bit of sass, snark, and a whole lot of heart – Toni Topaz is exactly what Riverdale and Cheryl Blossom needed. From the moment she first met Jughead and helped him to fit in against the ‘better wishes’ of her fellow school mates, we saw the size of her heart. While it’s not always the first thing she has on display, it’s evident that she makes decisions keeping her soft side in mind. She fights for what’s fair, she doesn’t ask for handouts… instead ensuring that anyone who has been wronged finds justice in the end. Just look at how well she’s loved Cheryl through her ups and downs! The series wouldn’t be what it is without her, and her killer eyes and pink hair! 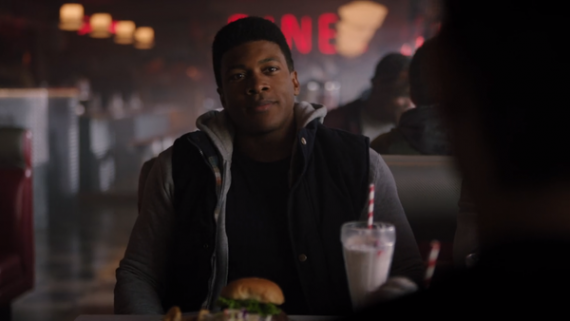 “After everything I’ve lived through, I don’t think going back to textbooks and cafeteria politics is really my scene.”

When we first saw Mad Dog on our screens, we knew there was more to him than his rough and tough exterior. In all honesty, he’s probably one of our favorite characters to follow. He’s been through a lot and while it made him tough, it didn’t destroy his kindness or the soft spot he has for those he cares about. Alongside Archie Andrews, he’s helping youth in Riverdale stay off the streets, and while he’s recently hit what could become a giant rough patch – we know he’ll come out stronger on the other side. 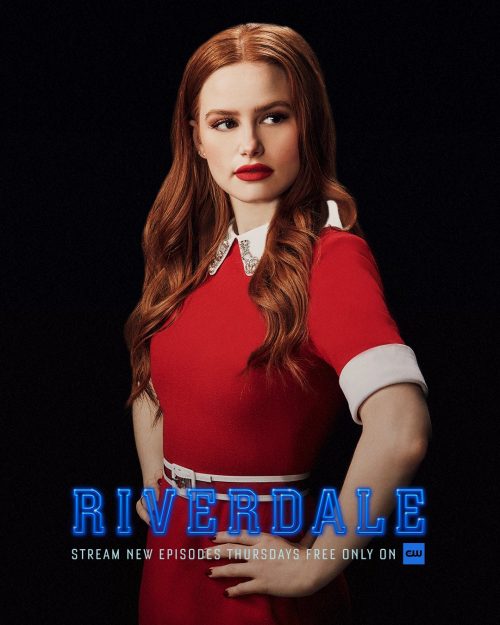 “If you breathe, it’s because I give you air.”

Cheryl was meant to be the character we loved to hate, but she’s become the character we just love to love. At first, she had her walls up and that brought out the side of her that’s not exactly warm and welcoming – but she can’t be blamed. As the series progresses and we learn what Cheryl has been up against since the day she was born, there’s no surprise that she had a chip on her shoulder. With the love of her friends – and her TT – she’s been transformed and has reached a level of self-awareness we weren’t quite sure would ever be hers. She’s a bombshell and she’s our Cheryl! 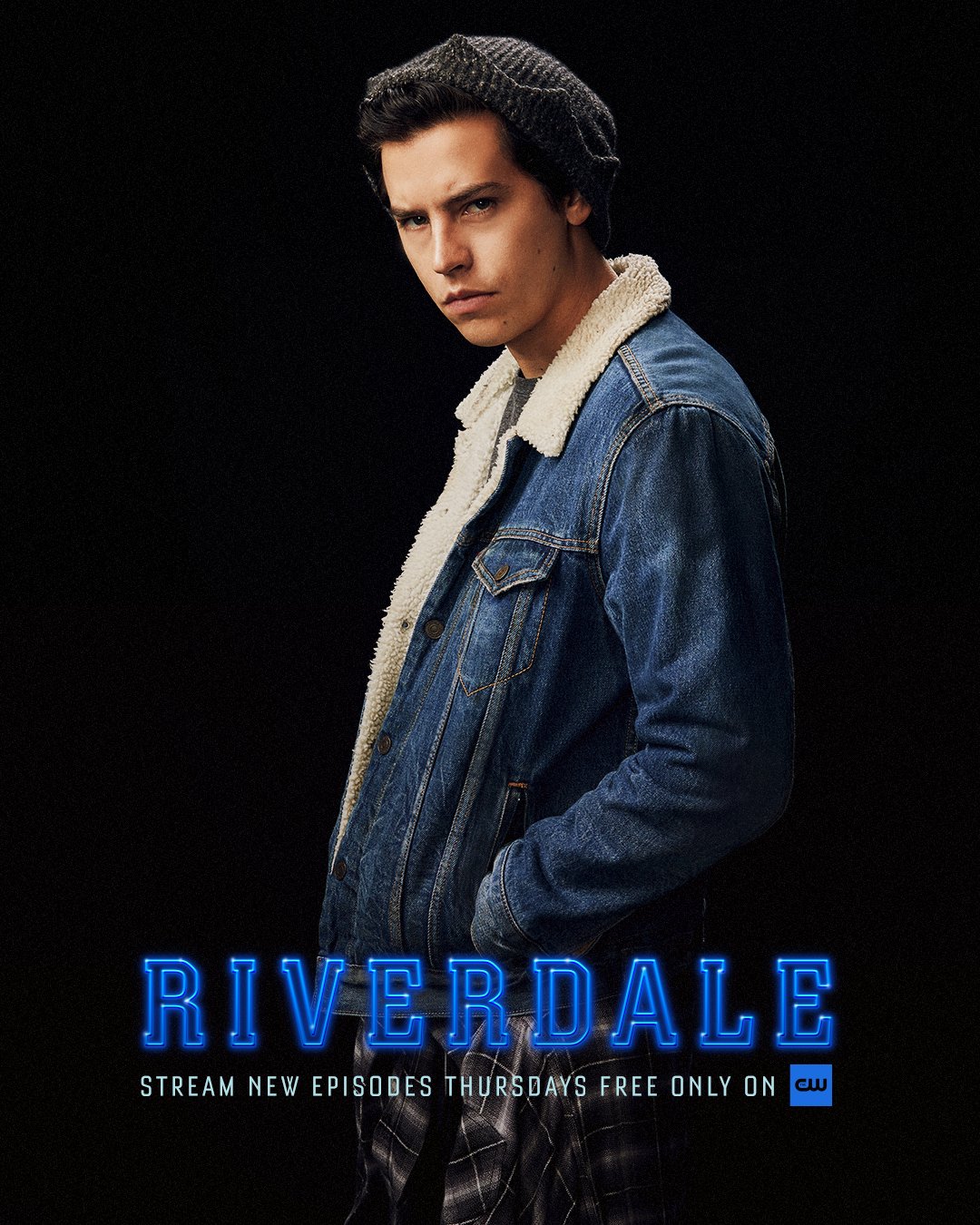 “Fear. It’s the most basic, the most human emotion. As kids, we’re afraid of everything. The dark. The boogeyman under the bed…and we pray for morning. For the monsters to go away. Though they never do. Not really.”

Jughead is like the brooding boy we all fall in love with during one season of our lives, but honestly – that’s just him at the surface. He is a lot more than a great head of hair and a ‘loner boy’ vibe. He, like most of the Riverdale kids, has a story and some of it is painful. He’s also got a light that he’s fought tooth and nail to create within himself and he’s not going to let anyone put it out anytime soon. Even though he’s currently separated from his classmates and friends – he’s taking it a day at a time and making the best of it. He’s handsome, he’s a writer, he’s romantic in his love for Betty – isn’t he sort of the ideal valentine? 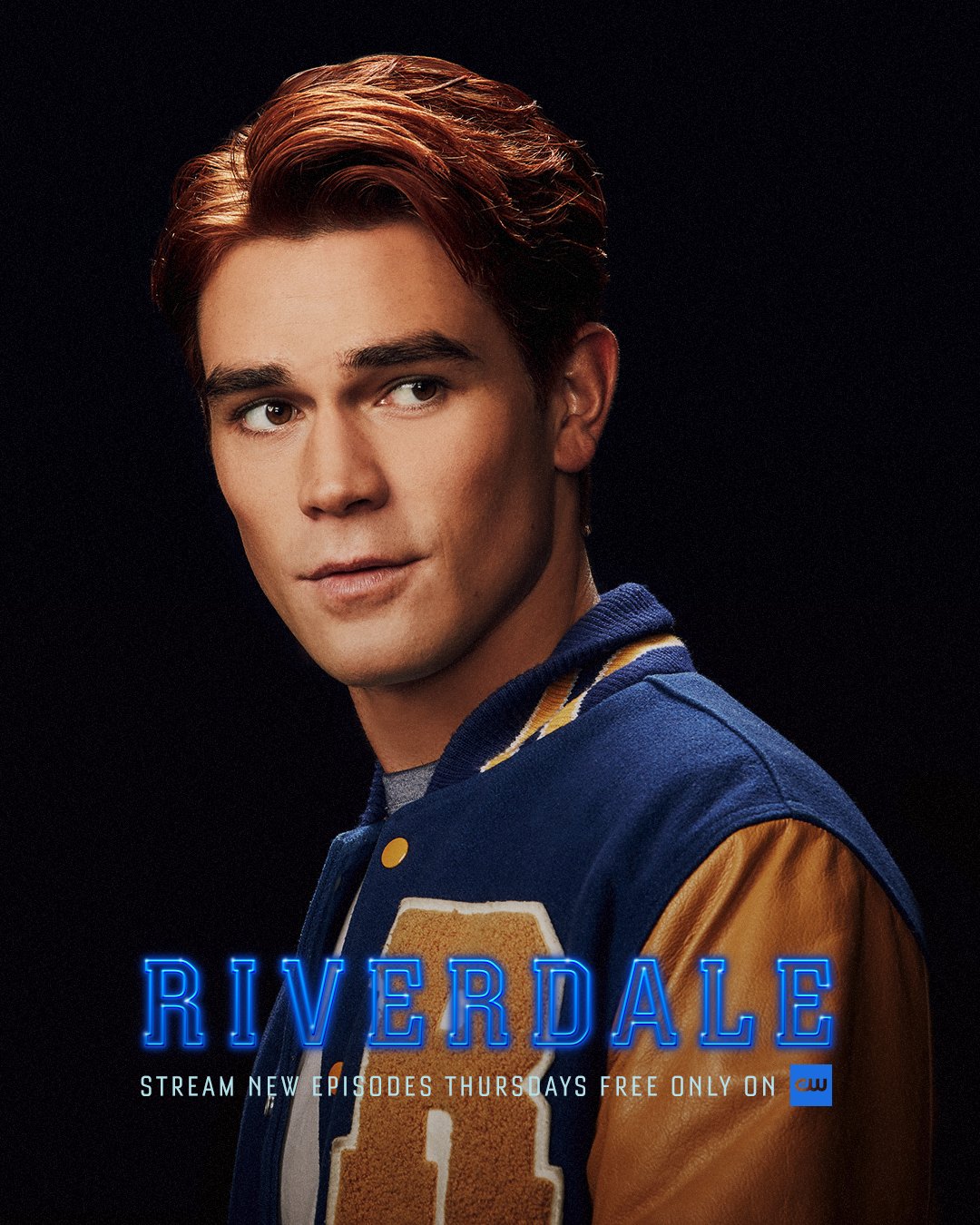 “You can’t go through life trying not to get hurt.”

We’ve always had a soft spot for Archie Andrews, and it just keeps growing with each episode. He’s one of those guys that looks like they’d expect the world to be laid down at their feet without actually being that guy. He’s sweet, he’s smart, he’s talented, and he’s a family man – which is actually part of the reason we just want to hug him so much lately. After his dad passed away, Archie has put his entire heart and spirit into helping others. This, in turn, has masked his pain. While we’re glad he’s found a place to find comfort – we hope it’s not just hiding a bigger issue that’ll come around and cause pain later. This IS Riverdale we’re talking about. They like to take our favorite characters and put them through the wringer. So here’s to Archie Andrews, and his abs, this Valentine’s Day! 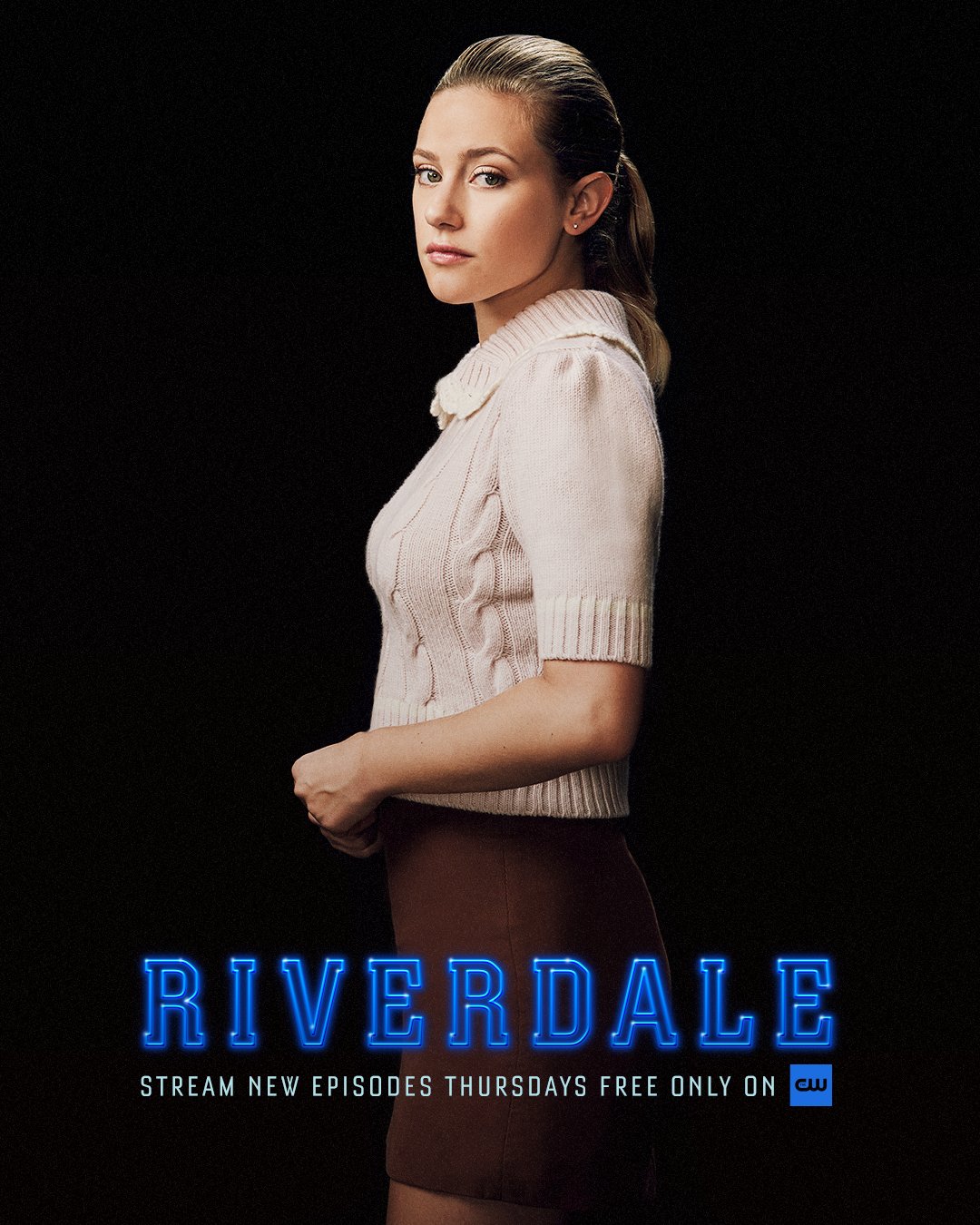 Betty Cooper has been through, perhaps, one of the most intense storylines in the series thus far. From her murder of a father and her ‘cult obsessed’ mother to her sister who recently killed someone named Betty and the battle within her own head…it seems like she just can’t catch a break. In fact, Betty and Cheryl have a lot in common in terms of their families. She’s sort of in a war against herself, the life she’s always known, and wanting more – right now, it seems like we’re stuck waiting to see how it plays out. Especially with all of that ‘future’ promo that shows Jughead dead and Betty (with Archie and Veronica) wanted for the crime. We’re still holding out hope that our strawberry milkshake of a human being is happy and…not a murderer, in the coming weeks! 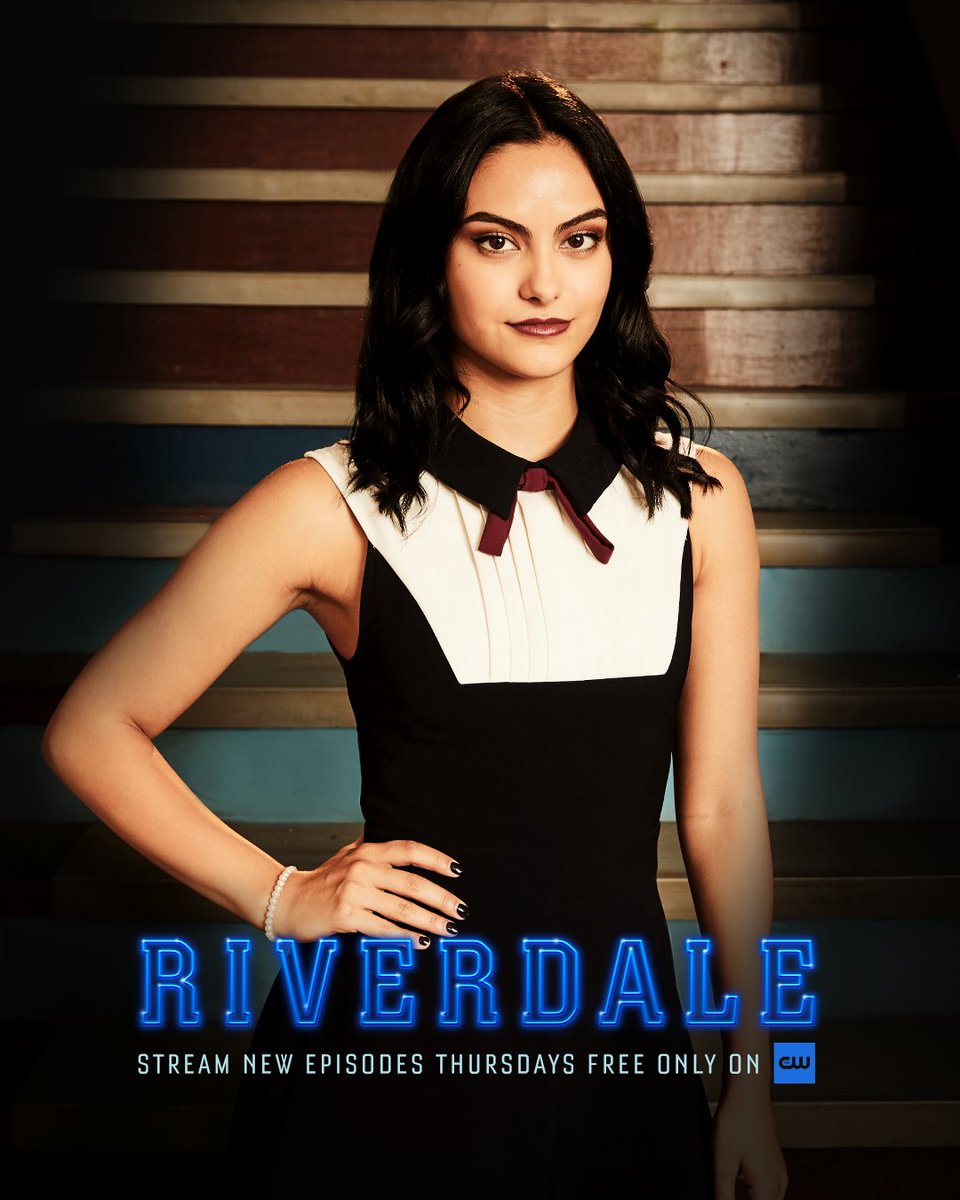 “I don’t follow rules, I make them. And when necessary, I break them.”

Veronica Lodge stormed Riverdale with a silver spoon in hand and a pearl necklace around her neck. She grew up with money and a lot of her value was placed there. That is until she met people who valued her for her heart. Her parents, both stunning on the outside, have some deeply rooted issues that threatened to lead Veronica down a very similar path, but she found her people and with them by her side, she found her strength. Veronica is always dressed to the nines, ready for war, or ready to party – sometimes all 3 at the same time. We can’t say we blame her, she excels at all of them! 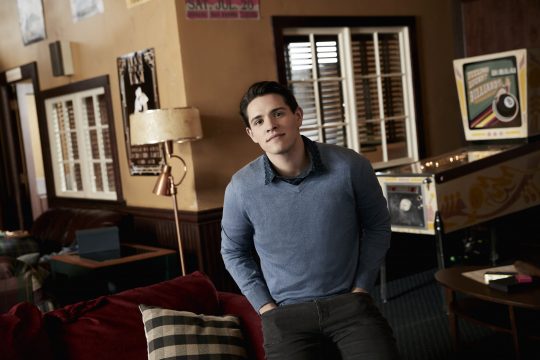 “If you can’t accept what I do, whatever I do, then we’re just…we’re not really friends.”

Kevin Keller is a character who grew on us as the show progressed, probably because of the way he’s grown into himself. He wasn’t sure how to be himself when the series started, and when he started to let his walls down – one of his closest friends passed judgment on him. It wasn’t judgment so much for who he was, but for how he was going about it. This brought up an important conversation in the series. Kevin said he couldn’t just openly be with a man in public, that he almost had to find dates in the dark…it wasn’t as easy for him as it was for Betty. He’s grown into someone proud now, someone less afraid (with the exception of the social anxiety most of us had in high school), and someone we truly love. 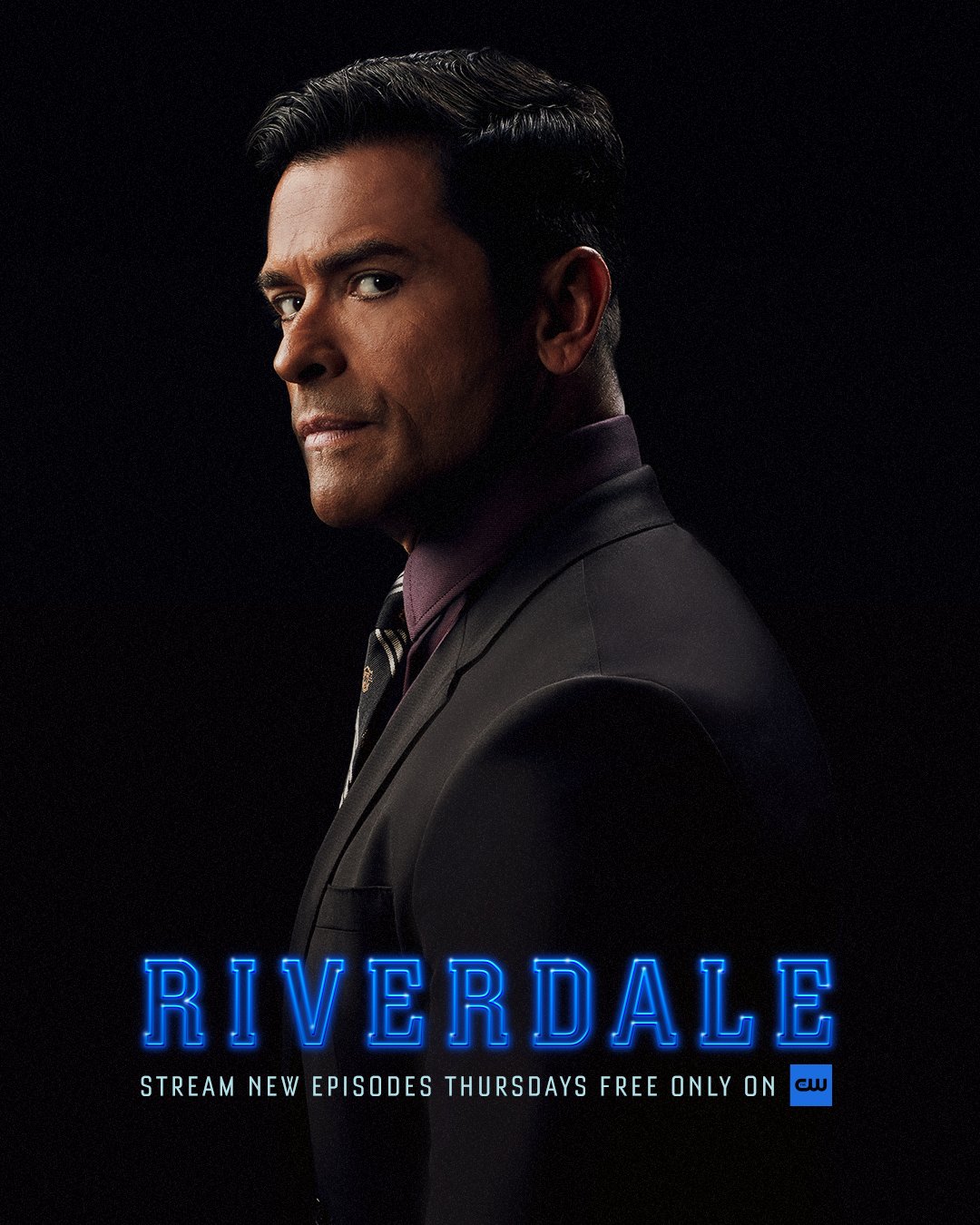 We also have to include an honorable mention to Hiram Lodge, who is undeniably stunning but…the jury is still out on the list of his redeeming qualities.

Who are your favorite Riverdale hotties? If not, don’t fret, we have more we’re in love with…we just couldn’t fit them all in one post! Let us know, and don’t forget to tune into Riverdale on Wednesdays at 8 pm on the CW.

A Look at Our Favorite 'Riverdale' Hotties (Round 1)