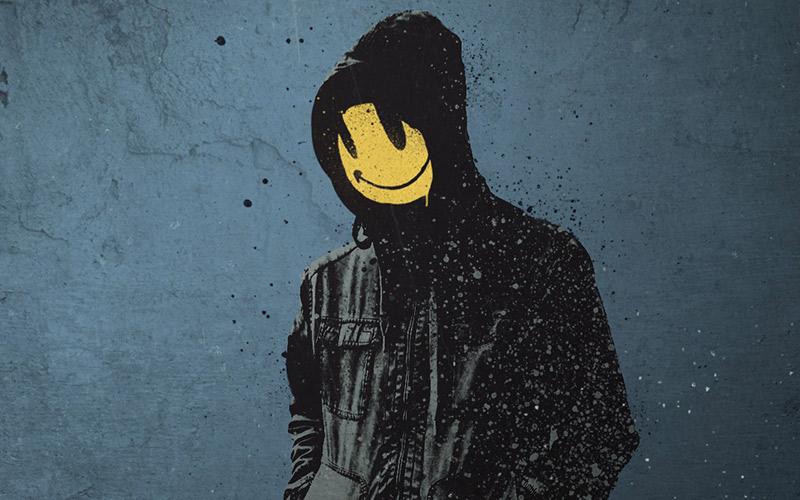 You’ve seen the art, you’ve heard the stories, but little is actually known about the man behind all of it. The veils are pulled back on the mystery with the release of the new Bansky documentary, Banksy & The Rise of Outlaw Art.

While fans shouldn’t expect the documentary to reveal his identity (doesn’t pull the veil back that much), they can expect to learn Banksy’s story, from his roots in a criminal subculture to his rise as the leader of an art revolution.

If you’re not familiar with the artist, let us give you a little background info. Banksy is one of the world’s most infamous street artists (street art is a form of illegal, public art). And for two decades, he’s been promoting political art, criminal stunts, and daring invasions that tend to outrage the establishment.

When you think of the street art phenomenon, you likely think of a Banksy piece. He became the leading figure in this revolutionary new movement of street art. And because of it, he is assembling a multi-million dollar empire and is changing the way that we think about art. His identity, though, has remained almost completely hidden.

The Banksy documentary released on February 18 and is available on all major VOD platforms, major cable providers in North America, and select retailers. Find the full list of where you can view and by the film at the bottom of this article.

So, What Can We Expect?

“Banksy & The Rise of Outlaw Art is really the first film to shed some light on Banksy’s story”, said Lise Romanoff, CEO and Managing Director of Vision Films. “there have been books and documentaries that have touched on various aspects of his work and events in his life, but nothing that’s traced the whole journey. And it’s a journey that is revelatory.”

“I think that there’s a lot of misconceptions about Banksy, the anonymity has a lot to do with that,” said writer and director Elio España (Prince: Slave Trade, Down In The Flood: Bob Dylan, The Band & The Basement Tapes). “People don’t think of Banksy as a graffiti artist, for example, and he isn’t one anymore, but his roots are absolutely in the graffiti scene. He doesn’t exist in a vacuum, he’s a product of his background in Bristol and the culture and politics of the time -- a particularly tumultuous, but also exciting, time. He’s been part of the graffiti world, he pioneered the street art movement alongside a number of other important figures, and of course, he has completely changed the way that art is exhibited and sold. I think that if you understand his story you gain a far deeper understanding of his work”.

Where Can I Watch Banksy & The Rise of Outlaw Art?

Also available on all the below cable providers:

You can watch Banksy & The Rise of Outlaw Art on all major VOD streaming platforms now -- see the full list above. And if you’ve seen the documentary, let us know what you think! We would love to hear your opinions, comments, and questions!

'Riverdale': Skeet Ulrich is Leaving After Season 4 and We Are Upset