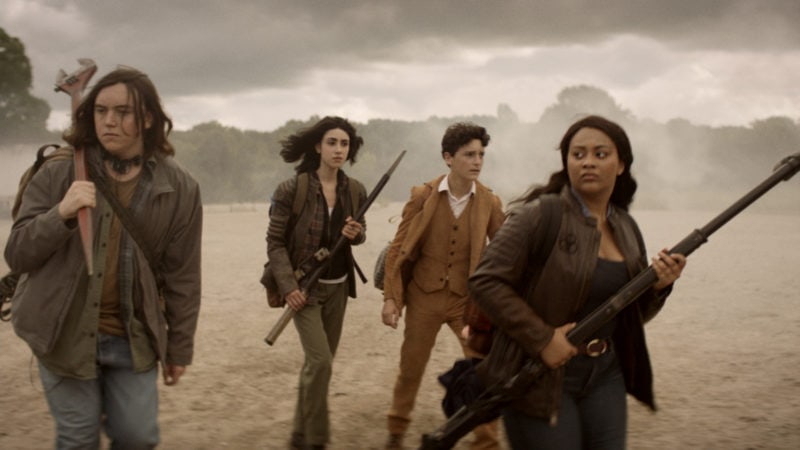 The Walking Dead‘s universe is getting a little bigger with a new series premiering on AMC this year. The Walking Dead: World Beyond will air on April 12, just after the season 10 finale of The Walking Dead. Fans already enthralled with the post-apocalyptic world will be ready for its debut.

A sneak peek was released just yesterday and it shows a world in chaos. It’s not something we’re strangers to, but you shouldn’t expect the same storyline in World Beyond as you’ve become used to in The Walking Dead. The Walking Dead is like the heart of a multitude of stories, but they’ve all got their own voice -- if you will.

The new series sees four young adults, sisters and friends, navigating live among the undead. It’s not as simple as high school drama and who’s dating who. They’ve got ‘empties’ to deal with. When you’re up against something so terrifying, your soul is going to be tested. You find out who you are. You find out who your friends are. Sometimes, you won’t like those results.

The synopsis for the series is as follows.

The Walking Dead: World Beyond is a two-season limited series with the first season slated to have 10 episodes. It will star Alexa Mansour, Hal Cumpston, Aliyah Royale, and Nicolas Cantu -- to name a few.

Are you excited about The Walking Dead: World Beyond? Let us know!