Home » TV » TV News » When Will the ‘Supernatural’ Finale Air? COVID-19’s Impact on the Series Finale

When will the Supernatural finale air? With the COVID-19 pandemic, production has halted with many television series and upcoming films. While this adjustment is hard on the cast and crews on sets around the world, it seems more heartwrenching when a series is nearing its end.

Supernatural is a series getting ready to say goodbye after 15 seasons, and it’s really starting to set in. Both fans and the cast and crew are anticipating that final curtain call…and it’s truly a one of a kind experience. Production halting means there’s a feeling of ‘unfinished’ to every part of the story that’s been building.

Once more, the cast and crew are stuck in a bittersweet moment. There are “two hours” left of the Winchester brothers’ journey. That’s it. Right now, there’s no plan of action to resume filming, which makes two hours seem much longer.

Misha Collins had this to say about the experience.

“We almost finished 15 seasons. We made it 325 episodes in, and to be stopped a mere two episodes before the end feels deeply frustrating.”

He added that he’s counting his blessings though. Signifying the importance of the shutdown.

“I have not been hooked up to a ventilator yet, nor have any of my loved ones, so I’m just going to be thankful for that.”

Robert Singer, the show’s co-showrunner, added that it’s harder because it’s the final season. He makes sure to add that it’s a show, and that everything going on in the world is horrific, but in prior seasons it would have felt different.

“Each script we felt a little like, ‘Oh boy we’re getting closer.’ Having this delayed, it’s been hard. If we were in season 14, you would say, ‘We’ll shut down, get through this virus, and pick up next year.’ Knowing that this is the end, that makes it a little more difficult. Now, at the end of the day, it’s a television show and what we’re going through in the world is pretty horrific. But if it was any other season I don’t think we’d be feeling quite as stressed about it as we are now.”

Jared Padalecki told EW it’s given him a new realization of what it means to say an official goodbye.

“This COVID thing has been a crazy eye-opening of what the show has meant and the ultimate finality of it. It’s kind of like a little dress rehearsal of what I’m going to do after the show ends.”

So when will the Supernatural finale air? Currently, Supernatural‘s return date is TBA. However, when we know more, we’ll be sure to share it with you. Now is the perfect time for a Supernatural re-watch, or to pick a few of your favorite episodes and find solace in them once again. Saying goodbye to a series is a bittersweet thing, especially one as impactful as this one. 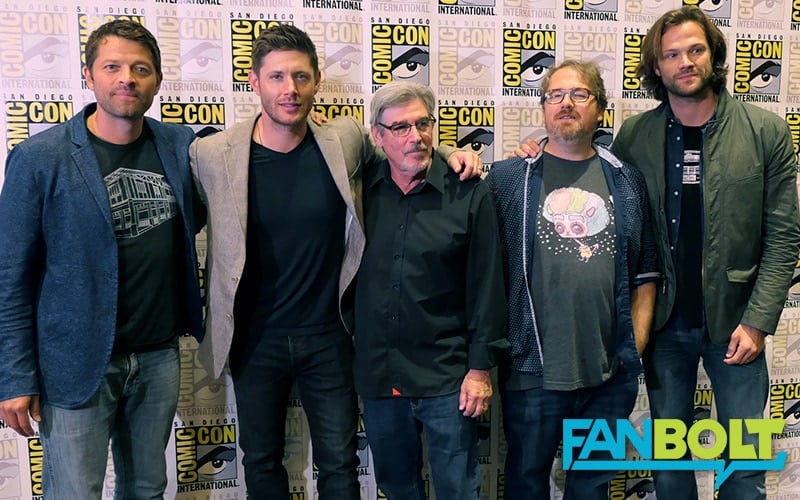 When Will the 'Supernatural' Finale Air? COVID-19's Impact on the Series Finale