‘Hamilton’ Is Coming to Disney+ This July

by AshleyDye
in Digital, Featured, Movies 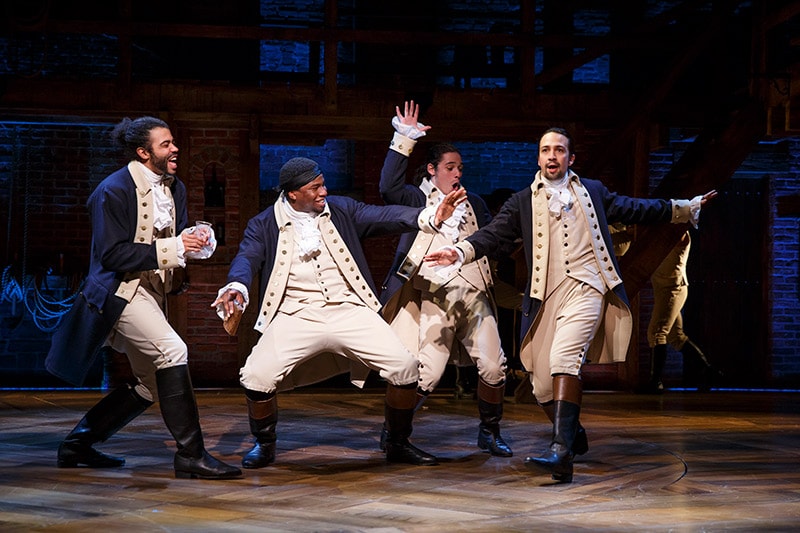 If you didn’t make it to see Hamilton on stage, good news has arrived. In less than two months, the musical will be available to stream on Disney+. Following the story of Alexander Hamilton, the Broadway success looks at the story of a founding father in a new light. It’s the kind of inspiring story we’d all benefit from tuning into right now.

The news first broke this week by Lin-Manuel Miranda himself.

It’s only a matter of time…

Robert Iger took to Twitter with excitement following the announcement just days ago.

We’re thrilled to bring the extraordinary @HamiltonMusical to #DisneyPlus on July 3. In this very difficult time, this story of leadership, tenacity, hope, love & the power of people to unite against adversity is both relevant and inspiring. Thank you @Lin_Manuel!

Earlier this year, Disney said they were preparing a film release of Hamilton, but with the COVID-19 pandemic, things have changed. While many things are being delayed, Hamilton’s early release is a bit of a silver lining.

Leslie Odom Jr had this to say to Digital Spy about Hamilton and the wild ride it’s been.

Odom Jr went on to say that you can’t argue with bringing people happiness. This is especially true right now. Aren’t we all looking for a little bit of light?

“So I just follow where he leads, you know? If the goal is to bring people a little more sunshine and a little more joy faster – who could argue with that?”

Hamilton will be streaming on Disney + on July 3rd! And we CANNOT wait!