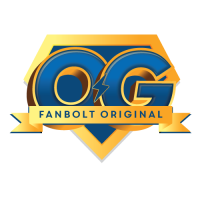 Since 2002 when FanBolt was first launched, we’ve always been By the Fans, For the Fans. And so many of those Fans are still apart of our Fan Family nearly 20 years later! Members with the OG badge were members during the original versions of FanBolt – from 2002 through 2005.  Our site wouldn’t be what it is today without these members – They’re our Superheroes!

(This badge is only awarded by FanBolt’s Editor, Emma)