‘Doctor Who’ 8.02 Episode Recap and Review: Into the Dalek 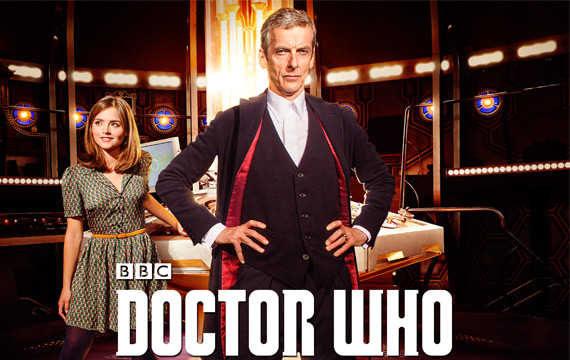 The Daleks are back! Yes, they’ve been back before, but this time they’re back with an epic space battle! Pilot Journey Blue is trying unsuccessfully to escape a Dalek firefight when her ship is hit a final, fatal time. Fortunately for her, the Doctor materialized the TARDIS around her, saving her life. Journey’s a little less effusively grateful than one would expect and pulls a gun to get the Doctor to take her back to her main ship, the Aristotle.

Regulations state that the Doctor must die for learning the location of the Aristotle, but the plucky band of human soldiers keep him on for his medical skills. They have a unique patient for him – a Dalek who’s turned good.

Before he agrees to pull a Honey, I Shrunk the Time Lord in order to repair the “good Dalek,” the Doctor goes to pick up Clara for moral support. Clara’s not exactly thrilled to be picked up, as she’s just agreed to a date with the cute new teacher, Danny Pink, a former soldier himself. Nevertheless, Clara goes along back to the ship.

The Doctor, Clara, Journey, and a couple of guards are miniaturized and implanted in the damaged Dalek, now affectionately named “Rusty.” Ross, one of the guards, finds out the hard way that the interior of a Dalek isn’t exactly metal. He’s killed by Dalek antibodies when he fires a grappling hook into the inner casing. The rest of the team escapes into the organic waste area (it’s a very Star Wars moment). From there, they’re able to access the Dalek’s core and discover the issue – a radiation leak from a cracked power cell.

While the Doctor attempts to fix the leak, Rusty tells them all about how he became “good.” While damaged and floating in space, Rusty witnessed the birth of a star. That moment led him to realize that life will always renew itself, no matter how hard the Daleks try to exterminate it. The Doctor is able to fix Rusty, but he does it a little too well. Without the radiation poisoning, Rusty’s original programming takes over. He can’t do much to the humans (and Time Lord) inside him, but he sure can go on a killing spree throughout the rest of the ship! Rusty even manages to get to a console and tell the rest of the fleet where the Aristotle is concealed.

The Doctor has just about given up hope, saying that the only thing they’ve learned today is that there’s no such thing as a good Dalek. Clara’s not buying that. She gets him to realize that if a Dalek has changed once, it can do so again. They just have to un-suppress the memory of the star being born, something they can only accomplish from Rusty’s back-up memory cortex.

Gretchen, the one remaining redshirt guard, sacrifices herself to the Dalek antibodies to get Clara and Journey back up to the cortex. This is largely noteworthy because Gretchen wakes up in Missy’s version of heaven. It’s more than a little disconcerting.

Clara reactivates the memory, giving the Doctor an opening to mind-meld with the Dalek. Rusty is able to witness all of the beauty that the Doctor has ever seen, but that isn’t the lesson that he takes away. Rusty sees the Doctor’s fierce hatred of the Dalek race and turns against the now-attacking Daleks. Once the Dalek invading force has been destroyed, Rusty declares that he’s going back to the fleet to continue his work of eradicating all Daleks. Rusty leaves with a fantastic throwback to the first season of NuWho, telling the Doctor that he is “a good Dalek.”

The Doctor and Clara head back to the TARDIS, but they have a tagalong. Journey wants to come, too. The Doctor denies her, saying he would have let her if only she weren’t a soldier (more on that later). He drops Clara home in time for drinks with her own soldier.

All in all, not a bad episode. I still haven’t found the New Doctor groove, though. I need Capaldi’s Doctor to find his basic competence again. I know he’s still a genius and still getting the job done, but there’s just a smidge too much befuddlement for my own tastes. Your mileage may vary.

With that out of the way… Okay, so the Doctor has a thing against soldiers now? He’s always been pretty anti-gun, and he’s had no love for the military on the whole, but now it’s down to the individual level? Would this Doctor have kicked Benton and the Brig to the curb, then? What about Martha, Mickey, Jack Harkness, Wilf, or Jenny? Maybe this is just a character quirk of the new Doctor, but I’m frankly not a fan.

It’s okay, the first few episodes of any new Doctor can be a little shaky. I’m seriously looking forward to meeting Robin Hood next week!

Journey: “It’s smaller on the outside.”

The Doctor: “Bit more exciting when you go the other way.”

Hayley Atwell to Guest Star on 'Agents of S.H.I.E.L.D.'