Miles Teller Rethought Those Negative ‘Divergent’ Comments He Made 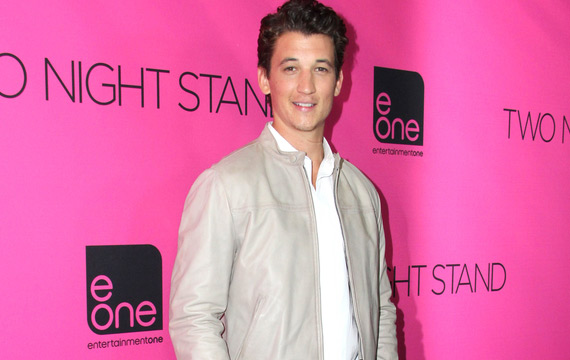 Miles Teller is backpedalling on comments he made about shooting the Divergent film franchise, insisting he did not sign up simply for the paycheck.

The actor criticized his role of bad boy Peter in the young adult series during an interview with W magazine, published this week, in which he said he “was feeling dead inside” during the shoot and could not wait to move on to his next film, Whiplash.

He added, “I didn’t have an interesting part (in Divergent), and I’d taken the film for business reasons: It was the first movie I’d done that was going to have an international audience. I called my agent and said, ‘This sucks.’ He told me about Whiplash.”

Teller’s comments hit headlines on Wednesday and his representative subsequently responded to the furore, telling The Hollywood Reporter, “Accustomed to being more involved in the process of filmmaking, Miles regrets those words. He does value his relationship with (film company) Lionsgate and his participation in the franchise.”

Teller later took to his Twitter account to play down the remarks, writing, “I’ve never done a movie for ‘business’ reasons. I’m proud to be a part of Divergent franchise and love all of Peter’s Princesses.”

I've never done a movie for "business" reasons. I'm proud to be a part of Divergent franchise and love all of Peter's Princesses

Teller is due to play Peter in the remaining three films in the franchise, which explains the backpedalling. No one wants to be fired from a job!

The sequel Insurgent is scheduled for release in March.

'Defiance' and 'Dominion' Renewed by Syfy