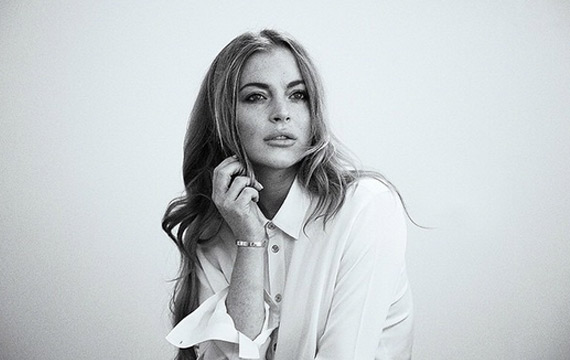 Lindsay Lohan has won a slew of solid reviews for her West End debut in Speed-the-Plow, with critics hailing her performance as “perfectly credible” and insisting she has “real presence” on stage.

The star faced the notoriously tough theater critics on the opening night of the show at London’s Playhouse Theatre on Thursday night, and garnered a largely positive response.

The Guardian‘s Michael Billington branded the production ” tame” and “under-powered” but insisted Lohan was on top form, writing, “Lindsay Lohan gives a perfectly creditable performance in this revival of David Mamet’s acerbic, anti-Hollywood satire. Whatever her colourful past, Lohan brings on stage a quality of breathless naivety that is far and away the most interesting thing in (the show)… She holds the stage with ease and doesn’t let the side down.”

Paul Taylor of The Independent was also impressed with Lohan’s stage debut, writing, “Given the circumstances and the glare of publicity, it would have been understandable if she had succumbed to traumatic mutism at tonight’s press performance, so it’s good to report that she was completely on top of the script… Bravo to Lindsay Lohan for… turning in a deftly delineated characterisation… She has real presence.”

The Daily Express‘ Simon Edge adds, “She has a reputation as a director’s nightmare who doesn’t turn up to rehearsals back home, so much the better: who wouldn’t pay to see a historic A-list car-crash?… I’m sorry to be the bearer of disappointing tidings, but pile-up it ain’t.”

Dominic Cavendish of the Daily Telegraph concludes, “Lindsay Lohan… made her stage debut with a surprising – and smouldering – degree of style. True, she fluffed a line and needed an off-stage prompt – but given the pressure to prove herself, that’s just-about pardonable… She delivers enough of the goods… to hold her head up high.”

Lohan ended the show by showering the audience with gold glitter and later attended a star-studded press night afterparty at London’s National Liberal Club. Her mother Dina was in the crowd for the opening night show after flying in from New York for the occasion.

Google Hits Back at Claims by Hacked Female Stars' Lawyer