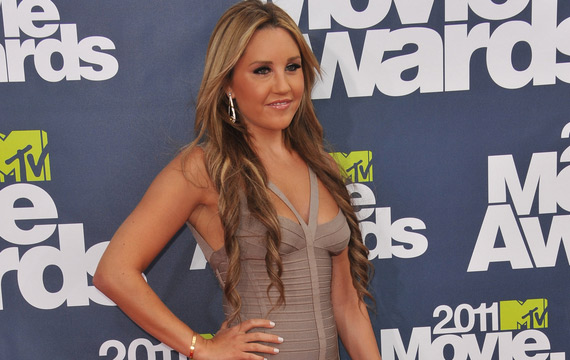 Amanda Bynes is back in the headlines again and this time she’s reportedly harmed a fan while she was partying in New York on Monday.

The troubled star was enjoying an evening out at the Gilded Lily nightclub when she allegedly became furious at revellers taking photographs of her.

Sources tells TMZ.com that Bynes began yelling at several onlookers and appeared to injure one woman when she spun out around in a rage.

Pictures show a woman with nail marks and scratches on her arm, but she has told the website she has no plans to press charges over the incident.

TMZ also claims that Bynes was spotted at Bloomingdale’s “limping around the department store for hours with just one shoe while mumbling incoherently”.

Bynes is planning to relocate and enroll at university in the Big Apple after reportedly being kicked out of fashion school last month. She has been on bail since her arrest for driving under the influence of drugs in September.