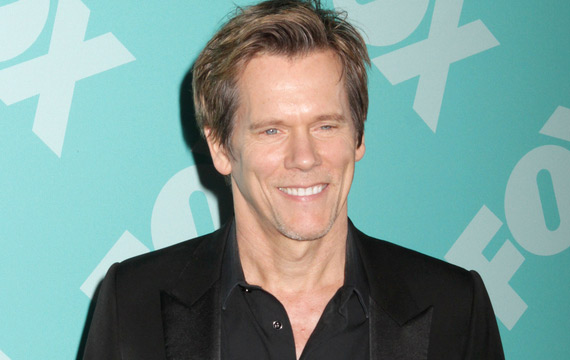 Kevin Bacon has returned to his Footloose roots to dance in a video for a new social media campaign aimed at Ebola awareness.

The actor has shared a video of himself dancing to Deniece Williams’ hit single Let’s Hear It for the Boys, which featured in his 1984 musical movie, in support of the #ShakeOffEbola drive.

He was nominated for the challenge by his X-Men: First Class co-star, Edi Gathegi, and his The Following castmate Sam Underwood.

In the video, which was posted on the social media, Bacon says, “So my buddy Edi Gathegi called me out for the Shake Off Ebola dance challenge and I made a donation but I’ll do a little dance anyway just for the hell of it and I’m calling out Sam Underwood from The Following because I know you got the moves and I’m sorry you missed the dance party.”

Underwood took on the challenge and performed a professional-looking tap routine with four female backing dancers.

The drive is part of the End Ebola Now campaign, which is working to stop the spread of the deadly disease following more than 4,000 deaths in West Africa since the outbreak began earlier this year.

A statement posted on the End Ebola Now website reads, “In efforts to support the amazing organisations on the ground in Sierra Leone who are battling the Ebola outbreak, the End Ebola Now team presents our new challenge campaign, #ShakeEbolaOff. Step up to the challenge to raise funds and awareness for Emergency USA, an organisation that provides top-of-the-line free health care to war-torn and poverty-stricken areas around the world.”

The craze comes in the wake of the ALS Ice Bucket Challenge, which involved pouring icy water over the participant’s head. The scheme raised $98 million for the Amyotrophic Lateral Sclerosis (ALS) Association in just one month.

Ariana Grande Doesn't Care If You Call Her a Diva

Alien: Isolation’s DLC - is it Worth it?