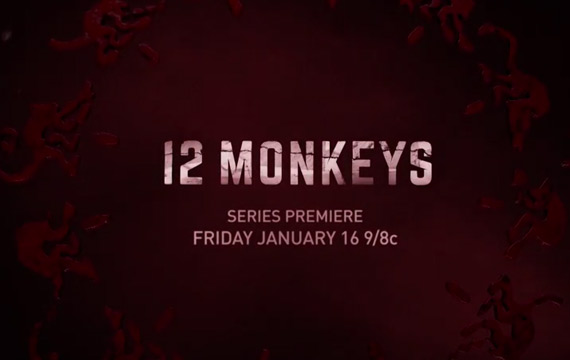 The series is based on the 1995 film directed by Terry Gilliam and according to the network, “explores the provocative story of a time traveler from a decimated future in a high-stakes race against the clock. Utilizing a dangerous and untested method of time travel, he journeys from 2043 to the present day on a mission to locate and eradicate the source of a deadly plague that will all but annihilate the human race.”

You can watch the action-packed trailer below, then let us know what you think in the comments!

12 Monkeys premieres on Syfy on Friday, January 16 at 9pm ET/PT.

Katniss Has a Message for President Snow in 'The Hunger Games: Mockingjay Part 1' Final Trailer