by Jasmine Alyce
in Featured 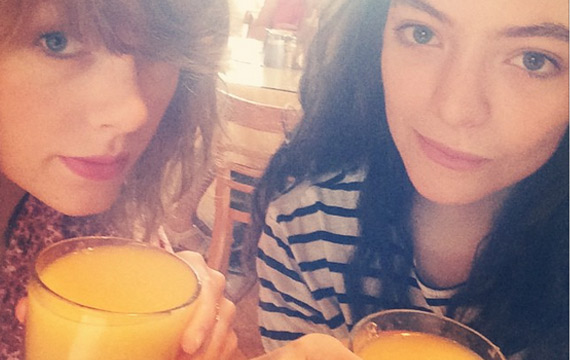 Lorde has taken aim at dance producer Diplo after he poked fun at her pop pal Taylor Swift by backing a spoof crowdsourcing campaign to buy the slender “Shake It Off” hitmaker a new butt.

The DJ, who has been romantically linked to Swift’s rival Katy Perry, took to his Twitter on Wednesday and jokingly called on fans to set up an online fundraiser to boost the blonde star’s backside.

Mocking her lack of curves, he wrote, “someone should make a kickstarter to get taylor swift a booty”.

A number of followers took heed of his suggestion and launched a variety of petitions, and he later shared a link to a Fundly.com page titled, Get Taylor Swift A Booty – which had raised $45 of its $3,500 goal within an hour of going live.

Get Taylor Swift A Booty https://t.co/RpkB8JExSV

However, the light-hearted mockery did not sit well with Swift’s close friend Lorde and she decided to attack the producer over the size of his manhood.

Defending her pal, she wrote, “@diplo should we do something about your tiny penis while we’re at it hm (sic)”.

Where do you think this rando feud came from? Could it have something to do with Diplo’s girlfriend and Taylor’s nemesis Katy Perry? Let us know your theories in the comments below!