Jesse Eisenberg Bringing ‘Bream Gives Me the Hiccups’ to Amazon 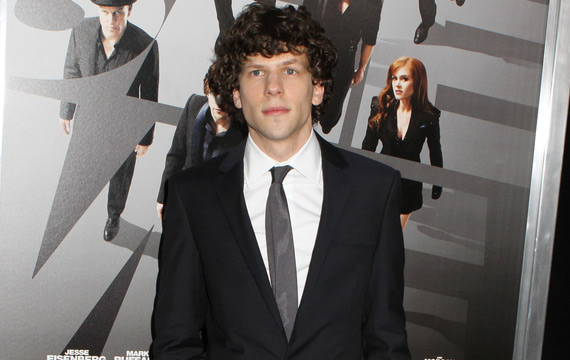 The Social Network star began writing Bream Gives Me the Hiccups for publishing website McSweeney’s in 2012, running a total of 12 instalments until the end of 2013.

Now Eisenberg has struck a deal with bosses at Amazon to turn the series into a half-hour comedy, according to The Hollywood Reporter.

Bream centers around a privileged nine-year-old restaurant critic who visits various eateries with his alcoholic mother.

The Oscar nominee will also executive produce and direct the project.

Jesse’s upcoming movies include The End of the Tour starring opposite Jason Segel, Louder Than Bombs and American Ultra, co-starring Kristen Stewart and Walton Goggins.

Let us know your thoughts on Jesse’s upcoming Amazon series (which sounds pretty hilarious) in the comments below!