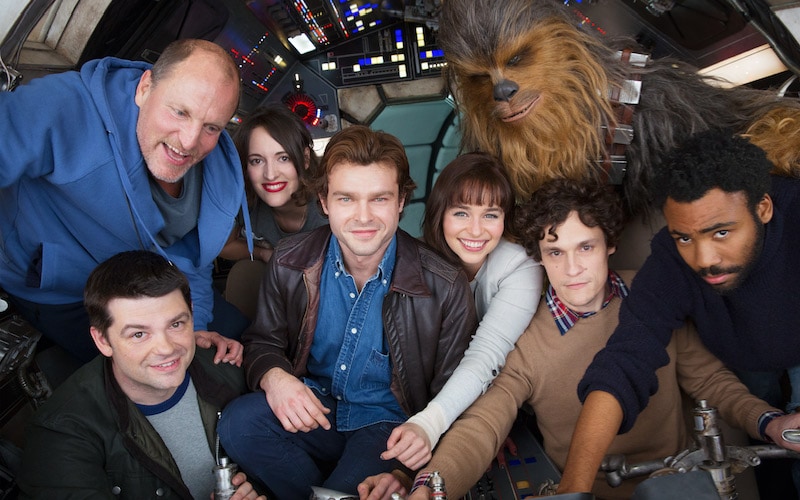 Ron Howard has revealed The Empire will feature in the new Han Solo film.

The Academy Award-winning filmmaker took over directing duties on Star Wars spin-off story – which will revolve around the early days of the smuggler – in June and dropped a huge hint last week that the evil dictatorship will play a part in the movie’s storyline when he shared a picture of the familiar helmet worn by its Imperial soldiers on Twitter.

Alongside the image of the black armor inside a deserted bridge of a spaceship, he penned: “The Empire Looms Large. (sic)”

The tweet sent fans into a frenzy and speculation is now rife that the The Empire’s battle station, the Death Star, will feature in the much-anticipated film.

However, it’s left some fans scratching their heads because Han Solo didn’t know about the giant space construction until after he met Luke Skywalker and Ben Kenobi in the original 1977 Star Wars, set when he was much older.

Meanwhile, it’s not the first time Howard has teased insight about the forthcoming film.

Ron also posted a picture on his Twitter account of a gold-plated R2 unit rather than its iconic blue bodywork and wrote: “These droids can be so damn intractable. But we’ll go until we get it right! #UntitledHanSoloMovie (sic)”

These droids can be so damn intractable. But we'll go until we get it right! #UntitledHanSoloMovie pic.twitter.com/tDR6EOW8pn

The Han Solo spin-off movie is set to follow a younger version of the titular character, with Alden Ehrenreich taking over the iconic role from Harrison Ford.

Han and his wookiee sidekick Chewbacca will be seen first meeting Lando Calrissian – played by Donald Glover – and they will also encounter Woody Harrelson’s alter ego Beckett, who is believed to be a mentor to young Han who guides him on his journey to becoming a space smuggler.

Star Wars regular Warwick Davis has been cast in the upcoming ‘Han Solo’ movie but it is not known what role he will take on in the movie.

The untitled Han Solo film will be released in May 2018.

Tom Holland to Play Lead in 'Beneath a Scarlet Sky'