New York’s long-running hit comedy is coming to an end!

by Bevin
in Entertainment, Featured 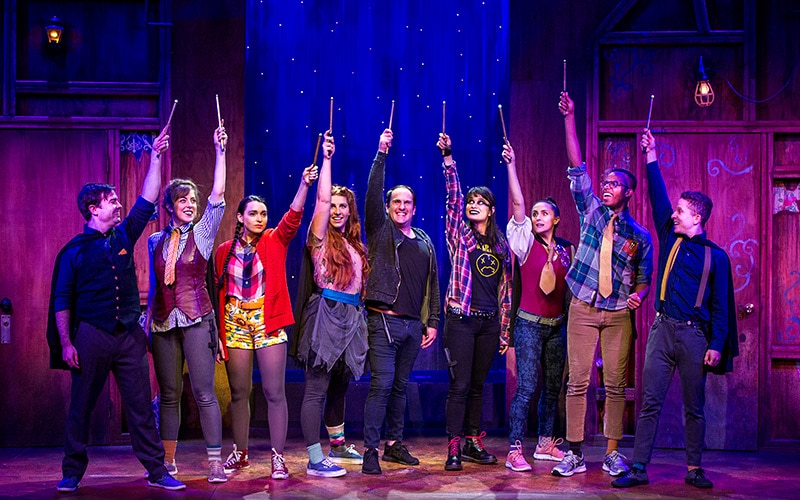 PUFFS or: Seven Increasingly Eventful Years at a Certain School of Magic & Magic, New York’s long-running hit comedy, will head into the final week of performances for its triumphant record-breaking Off-Broadway run. Last year, we sent Bevin to learn about the magical world of PUFFS and this time Potterhead Jordan Elizabeth Gelber went to visit the NYC Cast and chat with playwright Matt Cox on final thoughts of the PIT born production that was leveled up to New World Stages (340 West 50th Street). The production there is the longest-running in the history of Stage 5 and has broken the box office records for highest advance, highest weekly wrap and highest single daily ticket sales over the course of its run.

Even though NY show will close on August 18, the play will continue to live on with dozens of productions, licensed in partnership with Samuel French, throughout the country and across the globe (including Matt’s own High school in Texas); and with major international productions to be announced soon. Last year, the show’s Australian debut made history by becoming Melbourne’s longest-running play of the last century and will return to Australia with its premiere in Brisbane, which starts performances on August 23. Also available is a filmed live production of the OG Puffs titled, PUFFS: Filmed Live Off-Broadway, that is available on iTunes, Amazon, and other digital platforms. It can also be streamed via BroadwayHD. Not too shabby for “a play that lived” (pun intended)

If you don’t have enough Floo Powder to get to New York on time, you can learn more about how you can watch and read PUFFS please visit www.PuffsthePlay.com.

Hi Ho! Bevin the Blogger here. Welcome to my Gen-Y brain. Here you will see this nostalgic nerd proudly flying her flag frequently. Expect plenty of references to our own Webseries 'ADULTish', which is streaming now on Footprint, and Batman(we've got to shout out to Batman).