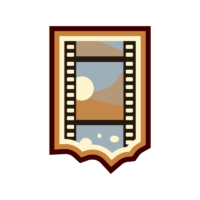 Have you seen The Fabelmans? Are you a fan? Geeked out over the movie?

Then collect the Film Strip Fan Badge below and share your thoughts on our review of the film here!

Directed by Steven Spielberg, The Fabelmans is written by Spielberg and Pulitzer Prize-winning playwright Tony Kushner (Angels in America, Caroline, or Change), who has earned Oscar® nominations for his screenplays for Spielberg’s Lincoln and Munich. The film is produced by three-time Oscar® nominee Kristie Macosko Krieger p.g.a. (West Side Story, The Post), Steven Spielberg p.g.a. and Tony Kushner p.g.a. The film is executive produced by Carla Raij (Maestro, co-producer West Side Story) and Josh McLaglen (Free Guy, Logan).

FanBolt’s Film Strip Fan Badge is a digital, fan-made, way of displaying your love for the film. Collect badges from your favorite films, fandoms, and more!

Disclaimer: FanBolt’s Fan Badges are purely for fan enjoyment. They’re meant to digitally represent films that fans have seen, loved, and/or geeked out over. They are not officially endorsed by the studios and are created solely to celebrate fandom culture. Additionally, Fan Badge designs are inspired by the property and fandom, and no infringement is/was intended. The Fabelmans is the property of Universal Studios.