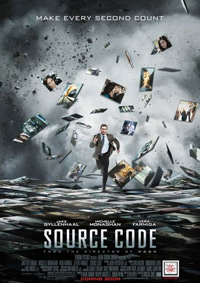 Looking to hit the theaters this week? Hop, Source Code, Insidious are all out today. We have a full list for you below!

Cat Run (R), Action – Childhood best friends decide to start a detective agency. Unfortunately for them, after their first case, they are running from the mob, a corrupt US Senator and a ruthless Mary Poppins-like assassin. Stars Paz Vega, Christopher McDonald, and Tony Curran.

Circo (NR), Documentary – Set within a century-old traveling circus, a Mexican family struggles to stay together despite mounting debt, dwindling audiences, and a simmering family conflict that threatens this once-vibrant family tradition.

Hop (PG), Family – An out-of-work slacker accidentally injures the Easter Bunny and must take him in as he recovers. Stars James Marsden, Kaley Cuoso and the voice of Russell Brand.

In A Better World (R), Drama – A doctor who commutes between his home in an idyllic town in Denmark and his work at an African refugee camp is faced with conflicts that lead them to difficult choices between revenge and forgiveness. When his son is involved in a dangerous act of revenge with potentially tragic consequences it is their parents who are left to help them come to terms with the complexity of human emotions, pain and empathy.

Insidious (PG-13), Horror – A young family makes the terrifying discovery that the body of their comatose son has become a conduit for the supernatural, while his consciousness is held hostage in the dark and insidious realm known as The Further. Stars Rose Byrne and Patrick Wilson.

Source Code (PG-13), Sci-Fi – When a soldier wakes up in the body of an unknown man, he discovers he’s part of a mission to find the bomber of a Chicago commuter train. He learns he’s part of a government experiment called the “Source Code,” a program that enables him to cross over into another man’s identity in the last 8 minutes of his life. Stars Jake Gyllenhaal, Vera Farmiga, and Michelle Monaghan.

Super (NR), Comedy – A seemingly average Joe who is madly in love with his troubled wife Sarah, but when she leaves for a smooth-talking drug dealer, he transforms into pseudo superhero The Crimson Bolt and wages a one-man war on crime. What he lacks in superpowers, he makes up for with a trusty pipe wrench and the help of his new sidekick. Stars Rainn Wilson, Ellen Page, Live Tyler, and Kevin Bacon.

The Last Godfather (PG-13), Comedy – Story centers on a Mafia boss who trains his mentally impaired son as his successor. Stars Harvey Keitel and Jason Mewes.

Trust (R), Drama – A dark drama about the damaging effects an online sexual predator has on a family. Parents of a 14-year-old girl are stunned to discover she has been victimized by an adult who gained her trust posing as a teenager on a chat room. Stars Clive Owen, Catherine Keener, and Viola Davis.

Wrecked (R), Thriller – A man trapped in a car wreck at the bottom of a ravine must overcome incredible odds to survive. Stars Adrien Brody, Ryan Robbins, and Adrian Holmes.

Are you headed out to see any of these films this weekend? Sound off in our comment section and let us know what you’re most looking forward to, or if you’ve seen one of these – what you thought!

Too Short Concert Review: Bay Area Native Is Still On Top Of His Game