Nick Lachey and Vanessa Minnillo are Expecting their Second Child 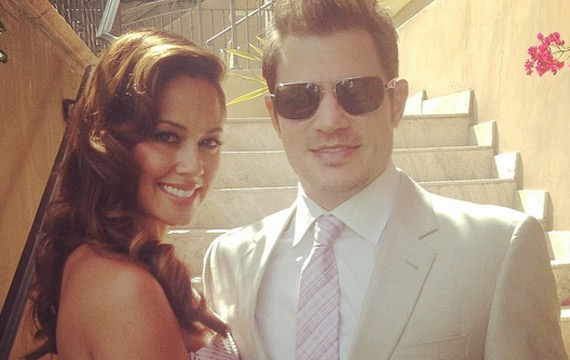 Nick Lachey and his wife Vanessa are expecting their second child.

The father-to-be shared the news with his Twitter followers today as he and actress/TV personality Vanessa Minnillo celebrated their third wedding anniversary by posting a photo of a heart drawn in the sand with the message, “It’s a girl”.

In the accompanying caption, Lachey wrote, “Can’t think of a better way to celebrate 3 years of marriage to my beautiful Vanessa than this.”

Can't think of a better way to celebrate 3 years of marriage to my beautiful @VanessaLachey than this! #family pic.twitter.com/vWwnJoN11H

The baby will be a little sister for their 22-month-old son Camden.