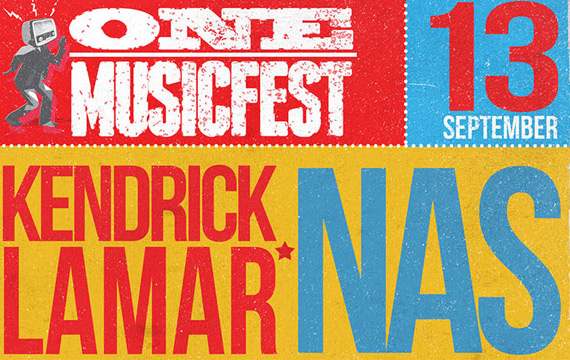 ONE Musicfest is celebrating its fifth year anniversary and in celebration FanBolt is giving away a pair of tickets to the festival!

ONE Musicfest is the Southeast’s largest and most cross-genre musical arts festival, aimed at bridging the gap between diverse audiences through games, interactive activities, visual arts, food, shopping and music. This year’s festival experience has been heightened to include three stages, more performances than ever before, an expanded food truck and art village, activities, and brand experiences that know no limitations. Since 2010, they’ve made it their mission to bring your favorite artists from yesterday and today, alongside tomorrow’s next big thing.

The fifth annual One Musicfest will take place Saturday, September 13, 2014, at Aaron’s Amphitheater at Lakewood. For more information visit www.OneMusicFest.com or get social by following ONE Musicfest on Twitter/Instagram @ONEMusicfest with the hashtag of #OMF2014.

New 'Doctor Who' Title Sequence Based on Fan-Made Video