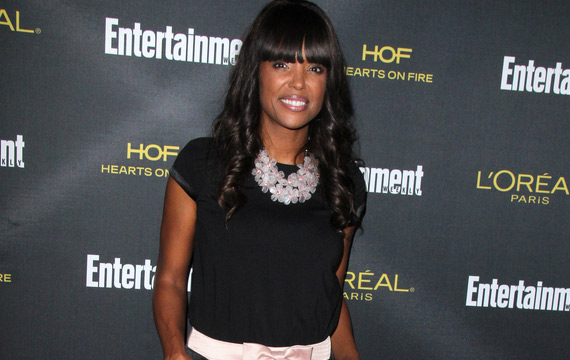 Aisha Tyler has revealed she struggled with drug abuse as a teenager in high school.

The Archer star opened up about the troubles she experienced as a student in a new school in California during a candid chat on her daytime show The Talk, revealing her struggles eventually led to her expulsion.

Tyler says, “I started at a new school where I was only one of two black kids and the only kid who was poor… and I felt really isolated… I just felt really different from all those kids. I was big, I was gawky and I was nerdy and I felt really alone and I started to rebel quite a bit, which was a new thing for me…

“I really started to go into (the world of drugs) quite a bit and got caught up in alcohol and drugs when I was a freshman and it started to affect my school work. I stopped showing up on time, I would leave school to get high and I got thrown out of my high school… When you’re young you feel bulletproof and you feel like nothing can hurt you and I engaged in so much risky behavior back then that now would terrify me…”

Tyler eventually confessed to her parents about her drug use after she was kicked out of school, and explains the incident proved to be a wake-up call for her.

She continues, “I floated that next year, I didn’t get into another school, so for a little while I just floated around really lost.

“I finally got into a good school about halfway through my sophomore year and I slowly turned things around. I didn’t stop cold turkey, I mean I had to work back from what I had been doing… (I quit) on my own, I just realized it wasn’t for me; it wasn’t what I wanted for myself.”