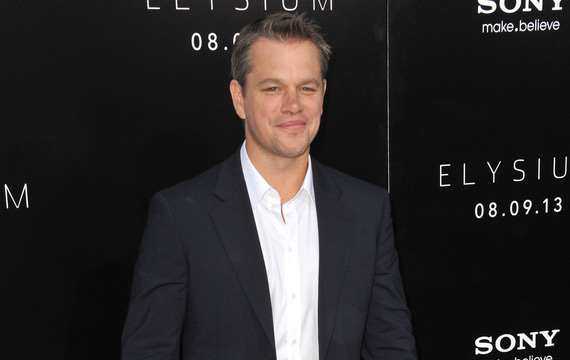 Matt Damon is reportedly in talks to reprise his role as Jason Bourne in a new installment of The Bourne Identity franchise.

Damon decided not to sign on for last year’s The Bourne Legacy, which starred Jeremy Renner, despite leading as the spy in the three previous films of the blockbuster series.

The Oscar winner hinted he was open to reprising his lead role in May, but only if his director pal Paul Greengrass, who helmed The Bourne Supremacy in 2004 and The Bourne Ultimatum in 2007, is back behind the camera.

While Greengrass has openly stated there was no place else for the Bourne character to go creatively once he regained his memory, it seems they might have found a way around the plot roadblock.

Editors at Deadline.com reported on Monday that Universal Pictures bosses are hoping to get Damon and Greengrass to start production on the next Bourne film in 2016, which would delay the planned spin-off sequel starring Jeremy Renner as Aaron Cross and directed by Fast & Furious‘ Justin Lin.

Representatives for the studio have yet to comment on the report.