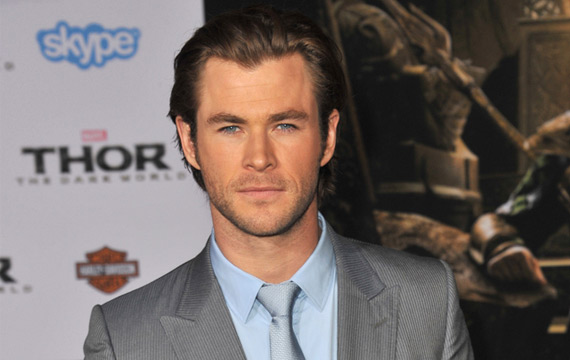 The Australian actor succeeds rocker Adam Levine, who picked up the title in 2013.

The 31-year-old new dad jokes he’s going to use the honor to get out of diaper duty for the next couple of weeks, stating, “I think you’ve bought me a couple of weeks of bragging rights around the house. I can just say to her (wife Elsa Pataky), ‘Now remember, this is what the people think, so I don’t need to do the dishes anymore, I don’t need to change nappies. I’m above that. I’ve made it now’.”

In his accompanying People magazine interview, Hemsworth reveals that he sleeps naked and would rather be home in Australia, where he and Pataky recently bought a home in Byron Bay, than anywhere else in the world.

'The Voice' Lands Diana Ross and Meghan Trainor as Mentors