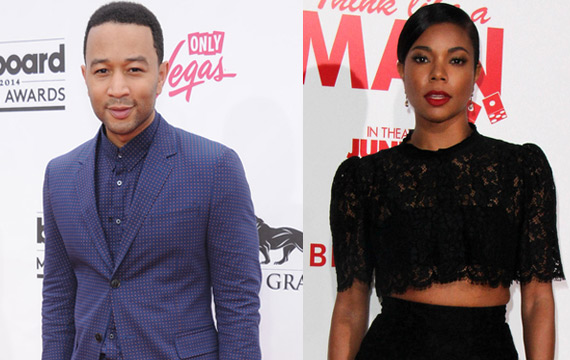 John Legend, rapper will.i.am and actress Gabrielle Union are among the celebrities who have expressed their outrage after learning a New York City police officer responsible for the death of an African-American man will not face charges.

Eric Garner died on July 17 after he was placed in a chokehold by Daniel Pantaleo during an arrest in Staten Island, where he had been caught illegally selling single cigarettes.

The incident was captured on camera and footage showed the victim gasping, “I can’t breathe”, before his body went limp.

His death was ruled a homicide by the New York City medical examiner, but a grand jury decided on Wednesday that Pantaleo would not be indicted.

The ruling emerged 10 days after officials in Ferguson, Missouri declined to press charges against another white officer, who fatally shot unarmed black teenager Michael Brown in August during a shoplifting investigation.

Legend was one of the first stars to publicly comment on the news, tweeting, “I am stunned by the failure to indict Eric Garner’s killer… ‘I. CAN’T. BREATHE.’ God Damn.”

I am stunned by the failure to indict Eric Garner's killer.

I have no words left… just angry tears thru gritted teeth. #RIPEricGarner #RIPHumanity #RIPCompassion May the Lord have mercy…

Former Desperate Housewives star Marcia Cross adds, “My rage and sorrow are overwhelming me about Eric Garner. This has to STOP. NOW”, and music mogul-turned-social commentator Russell Simmons writes, “i am deeply disappointed in the non-indictment of the police officer who killed Eric Garner. The Dept. of Justice must step in now.”

My rage and sorrow are overwhelming me about Eric Garner. This has to STOP. NOW. Xo m

Rapper Big Boi and actors Jesse Williams, Dule Hill and Amber Riley also tweeted their anger at the lack of indictment, while will.i.am added, “A cop chokes a man to death for selling cigarettes. He isn’t charged for murder… I think all these privatized prisons are only built for black men in America…”.

A cop chokes a man to death for selling cigarettes. He isn't charged for murder & a man smiles in the ad #sadUSA pic.twitter.com/hnzKVtJgDK

Grand Jury says guy choking person to death in front of all of us, is not worth looking into. http://t.co/LyAgSEEpaK pic.twitter.com/OCowjA78PS

He wrote, “6pm union square”, before calling on fellow rappers, including Nas and Lil Wayne to lend their backing to the cause, urging them to “join us!”.

Q-Tip was one of thousands of activists who took to the streets of New York on Wednesday night to protest the grand jury decision.

A large crowd of citizens calling for justice even formed around Rockefeller Center, where hundreds of revellers lined the streets while stars took the stage to perform at the annual Christmas tree lighting ceremony.

During the live broadcast, host Matt Lauer addressed the protest, and said, “We are ushering the holiday season in here, and even as we do so, we have to mention it’s been a bit of an emotional and even tumultuous day here in New York City… We have to say we hope it will be a healthy and joyous and a peaceful holiday season for everyone.”

'Spectre' Director Sam Mendes on Returning to Bond: 'I Changed My Mind Because of the Script and the Story'

'Vampire Diaries' EP Julie Plec on What's Next for Caroline