Stephen Hawking Attended ‘The Theory of Everything’ Premiere 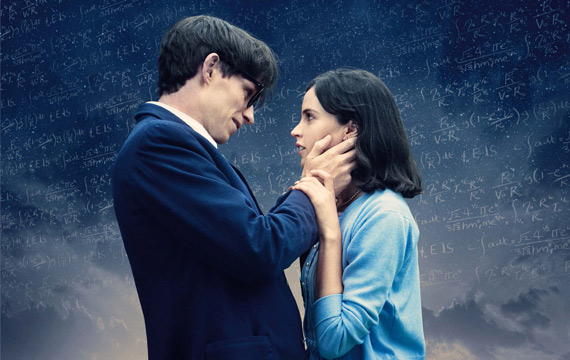 Physicist Stephen Hawking and his wife braved the London chill to attend the premiere of his biopic The Theory of Everything on Tuesday night.

The scientist joined Eddie Redmayne, who portrays him in the film, and co-star Felicity Jones.

Redmayne told reporters he’s still “starstruck” every time he meets Hawking, who he first approached while he was researching the role.

He said, “I’d been a student at Cambridge and seen Stephen across campus, heard his voice, but I was pretty ignorant so when I read the script, everything was a revelation. Stephen and (his wife) Jane let Felicity and I into their lives, so we felt an enormous amount of responsibility to get it right.”

He added, “I try not to listen to buzz because it’s a fleeting thing and if you listen to the good stuff, you automatically take on the bad stuff, so I try to put my fingers in my ears and just keep putting one foot in front of the other.”