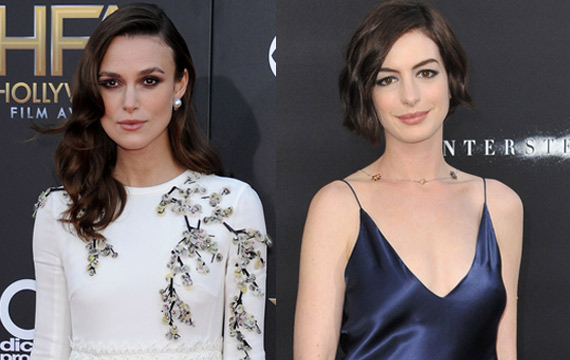 Keira Knightley feels she owes Anne Hathaway an apology after she was “rude” to a fan who mistook the British actress for the American star.

Knightley was spotted at an airport on her way to the Toronto International Film Festival in Canada back in September, when she was approached by a fan and asked to pose for a picture.

However, Knightley refused after realizing the devotee had gotten her celebrities mixed up.

She tells Australia’s Daily Telegraph, “At the airport, a woman mistook me for Anne Hathaway.

And Knightley admits it’s not the first time she has been mistaken for fellow actresses.

She adds, “Actually, it’s the first Anne Hathaway I have had. Generally, I get a lot of Rachel Weisz and Natalie Portman.”

The actress has also mentioned being mistaken for Britney Spears in the past.