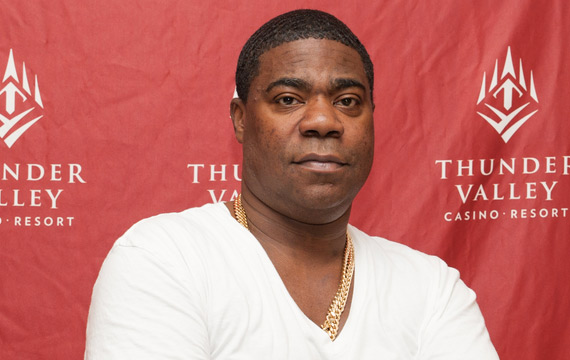 Comedian Tracy Morgan is planning to reunite with his 30 Rock co-star Tina Fey on her new series once he is fully recovered from injuries sustained in an horrific car crash last summer.

The actor has faced an uphill battle to bounce back from the June accident, when a limousine he was a passenger in collided with a Wal-Mart superstore truck driven by Kevin Roper in New Jersey.

However, Fey reveals she visited her old pal over the festive season and he is remaining so upbeat about his future, he is eyeing a return to the small screen by landing a part on her Netflix streaming series Unbreakable Kimmy Schmidt.

She tells Eonline.com, “Tracy has already told me that when he is well, he wants to be on the show. And I said, ‘You got it.'”

Fey adds of Morgan’s ongoing recovery: “He’s doing good. He’s got a long road ahead of him, but he’s going to get there.”

Unbreakable Kimmy Schmidt won’t be the only project lined up for Morgan – after the accident, FXX network bosses promised to put plans for a 30-minute sitcom with the funnyman on hold until he is ready to step back in front of the cameras.

Woody Allen Signs On to Create TV Series for Amazon