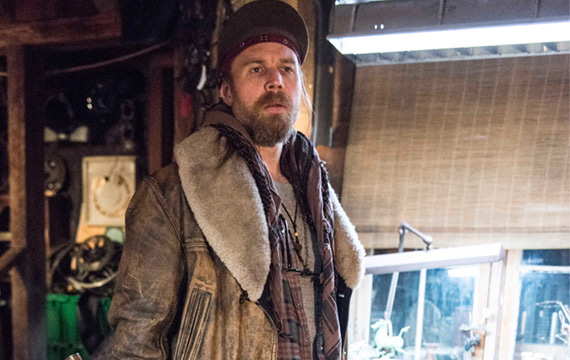 If you watched last night’s episode of Bates Motel, you know that Dylan and Caleb should be worried about Ryan Hurst’s new character, Chick Hogan.

Sons of Anarchy fans will also be happy to see a mini reunion, since Kenny Johnson also stars in the series as Norma Bates’ brother/baby daddy (yes, you read correctly) and Dylan’s father Caleb, played by (Kenny Johnson) . Now whether or not that reunion is a happy one, is another story entirely.

Ryan’s character Chick is Dylan’s intimidating new neighbor. They While Dylan (Max Thieriot) tries to make a fresh start with his legal marijuana crop, Chick will complicate things with his illegal firearms business. Chick will become further entangled in Dylan’s life when he butts heads with Caleb—who has returned to White Pine Bay without Norma’s knowledge.

We’re interested to see what happens between the three for the rest of the season, but Chick had better watch his back. People have a tendency to end up dead in White Pine Bay (See: Annika).

Let us know what you thought of Ryan’s worrying introduction to the series in the comments below!

Kerry Washington Gets Real with Lena Dunham in 'Marie Claire'