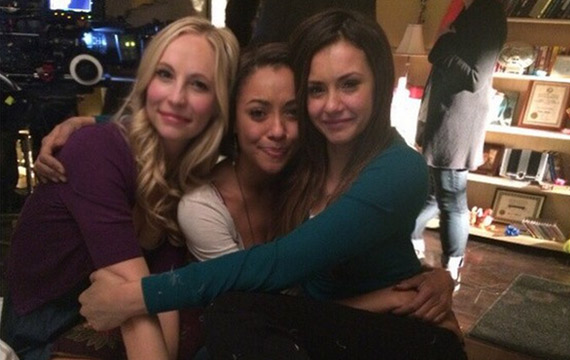 Movie shooting in midtown? Juniper and 5th from above! @Peachyscoop can you name it? pic.twitter.com/B840PXRPcr — elisa berkowitz (@elisaCNN) April 13, 2015

I feel like a blow fish, so puffy and bloated from crying all day. Tears of joy&sadness. Bittersweet. So many memories. What a fun ride… #TVDFamily Beyond lucky and grateful to have had this experience and to have you in my life. Like CandyCola likes to say/her go to phrase… #Blessed

That’s a wrap on Elena and Tyler. We were just kids when we started the show, and we still are, 6 years later. #TVDFamily Love you Trevino… @michael_trevino

A huge thanks to FanBolt Editor-in-Chief Emma Loggins,  Alexandra Pauley,  Atlanta Magazine, Creative Loafing, The Buzz, @ATLWood411, On Location Vacations, Jennifer Brett, Rodney Ho and the AJC and @Peachyscoop for the tips!

If you have any filming location tips and/or celebrity sightings, be sure to tweet us at @FanBolt or me at @TheJasmineAlyce with the hashtag #ATLFilm or #ATLFilming and you could end up in the weekly roundup! Also, if there’s anything you’d like to see included that we currently don’t, let us know!