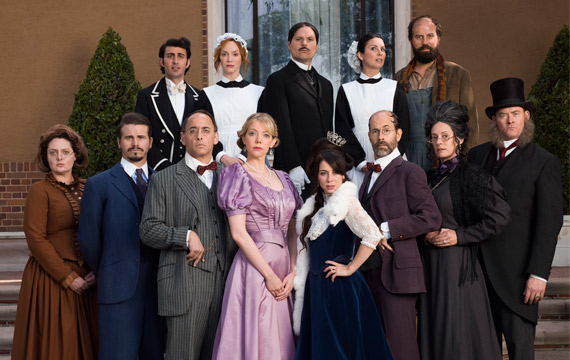 Another Period will be back for another season, which means fans can look forward toa lot more crazy antics from the Bellacourt sisters.

It was announced today by Kent Alterman, President, Original Programming at Comedy Central that the network would be bringing back their historical and satirical scripted series for a second season.

The show follows the Bellacourts – Newport, RI’s First Family of the Gilded Age. They have tons of money, live in a huge mansion and get to enjoy all of the luxuries of the time. While following the entire household, the series centers on the Bellacourt sisters, Lillian (Natasha Leggero) and Beatrice (Riki Lindhome), who only care about being rich and becoming super famous, a feat that takes real work in 1902.

“Another Period is a beautiful reflection of a great American truth: the more things change, the more they stay the same,” said Alterman.

“We are thrilled that Comedy Central has such good taste,” added Leggero and Lindhome.

The second season of Another Period will premiere ten episodes in 2016.