‘In the Heart of the Sea’ Review: Not Nearly as Epic as Moby Dick 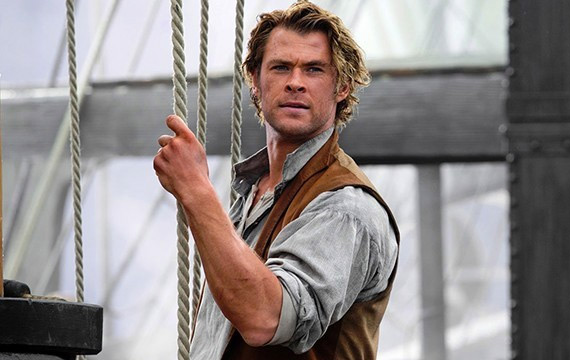 Ron Howard’s latest film is based on the book In the Heart of the Sea: The Tragedy of the Whaleship Essex by Nathaniel Philbrick, winner of the 2000 National Book Award for Nonfiction.

With your source material surrounding the epic Moby Dick, your director having created some of the best films of all time, and your actors being as charming as Chris Hemsworth, you go in a film like this with high expectations. You should lower them just a tad with this movie.

In the Heart of the Sea Official Description

In the winter of 1820, the New England whaling ship Essex was assaulted by something no one could believe: a whale of mammoth size and will, and an almost human sense of vengeance. The real-life maritime disaster would inspire Herman Melville’s Moby-Dick. But that told only half the story. “Heart of the Sea” reveals the encounter’s harrowing aftermath, as the ship’s surviving crew is pushed to their limits and forced to do the unthinkable to stay alive. Braving storms, starvation, panic and despair, the men will call into question their deepest beliefs, from the value of their lives to the morality of their trade, as their captain searches for direction on the open sea and his first mate still seeks to bring the great whale down.

The film really feels like it’s split into two halves, and it doesn’t really pull you in until the first half is mostly over. We see that Chase and Captain Pollard don’t really see eye-to-eye, and you can sense that something terrible awaits them. However it isn’t until their ship reaches the Pacific Ocean that things really get interesting. When they do finally encounter the monstrous white whale that they’ve heard tales of, the film speeds up quite quickly only to slow back down again after the whale practically tears the ship in half.

The films visuals are fine, and the white whale itself is actually quite impressive. However, the depth is just not there. The inspiration that Herman Melville was able to pull from the true story in order to fictionalize it into Moby Dick feels less than epic -- and far from the many consider to be the best American novel ever.

As far as the performances are concerned. The cast does a fine job. Chris Hemsworth gives a solid performance as first mate Owen Chase as does Benjamin Walker as the clueless and inexperienced Captain, George Pollard. Ben Whishaw also stars as a young and eager Herman Melville.

While In the Heart of the Sea keeps you mostly entertained, a whale of a tale it is not. The film just feels to massive for itself. The epic tale just doesn’t shine through despite ample performances from the cast. You’ll likely find yourself wishing for something more, and if you are -- pick up a copy of Moby Dick.

Heart of the Sea Trailer

Tags: Chris HemsworthIn the Heart of the Sea

The First 'Independence Day: Resurgence' Trailer Has Been Released