Alan Rickman has died at the age 69. The actor’s family confirmed the sad news, revealing he had had been suffering from cancer. The illness had not been made public prior to his death.

The star has been a screen regular since the late ’70s, both on TV and in films. Despite his Hollywood presence in movies like 1991’s Robin Hood: Prince of Thieves and 1995’s Sense and Sensibility, Rickman experienced a new level of fame when he was cast as the dark Professor Severus Snape in the Harry Potter films. He won legions of new fans from the wizarding role, appearing in all eight movies.

He secretly married wife Rima in April 2015, letting slip the happy news in an interview with Germany’s Bild newspaper.

“We are married. It’s very recent!” he told the publication. “It was great, because nobody was there. After the ceremony in New York, we crossed the Brooklyn Bridge and had lunch.” 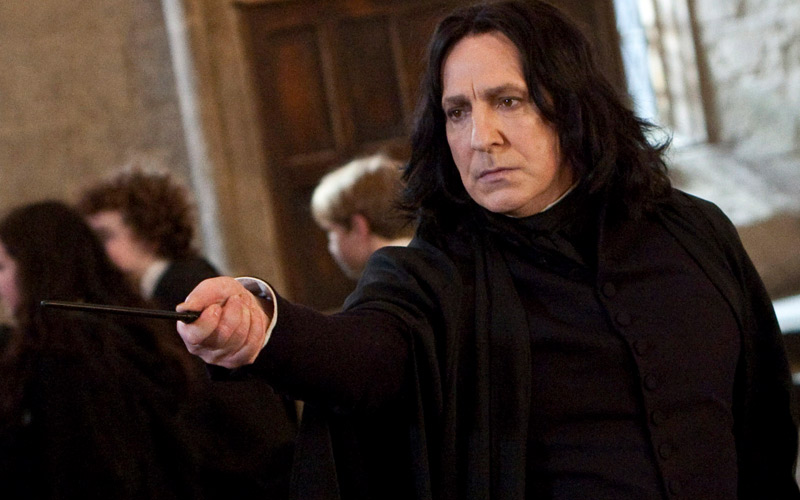 Other notable roles from his illustrious career include Harry in Love Actually and baddie Hans Gruber in Die Hard. He actually nearly turned down the role opposite Bruce Willis, but relented in the end.

“I read the script, and I said, ‘What the hell is this? I’m not doing an action movie,'” Alan revealed, according to The Hollywood Reporter.

“Agents and people said, ‘Alan, you don’t understand, this doesn’t happen. You’ve only been in L.A. two days, and you’ve been asked to do this film.'”

Our thoughts and prayers are with Rickman’s family and friends.