It’s official! Fox has ordered Scream Queens season 2! The network announced today that the are renewing the series.

Many critics had speculated that the show might not return based on the ratings, Scream Queens averaged just 2.8 million viewers a week and a 1.1 demo rating. Only 30% of the show’s viewers actually watched live, while 26% watched on DVR and 44% actually caught up on VOD and Hulu.

Scream Queens season 1 wrapped in December with the reveal of Hester (played by Lea Michele) as the Red Devil that was terrorizing Wallace University. 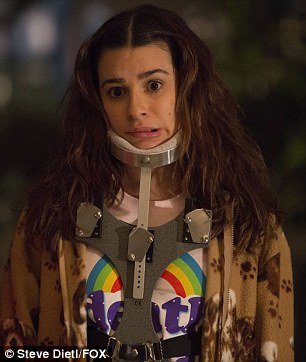 So what do we know about Scream Queens season 2? Here’s what we know.

2. Deadline is reporting that Jamie Lee Curtis that will return and be the staple of the series (think Jessica Lange in America Horror Story).

3. We also know the setting. Fox TV Group Chief Gary Newman revealed that Scream Queens season 2 will take place in a hospital, and it will explore interesting medical fascinomas.

“This is something Ryan Murphy loves and had a lot of fun with on Nip/Tuck, and he, Brad [Falchuk] and Ian [Brennan] are going to infuse that sensibility on Scream Queens.” Newman commented.

4. Some of the characters from season 1 will be returning, though we don’t have confirmation on just who yet. Fox TV Group Chief Dana Walden confirmed the speculation saying, “Ryan definitely intends to bring some of the actors from the first installment back. I believe they will be the same characters.”

Are you excited that Scream Queens renewed? Let us know your thoughts in the comment section below!