Atlanta’s opening night for If/Then was Tuesday evening at the Fox Theatre, and saying that Team FanBolt was excited for this one is a bit of understatement. The lead role of Elizabeth was originally played by Idina Menzel on Broadway, and while Idina wasn’t present – Jackie Burns was and did an incredible job. In addition to Jackie’s strong vocals, Anthony Rapp was in the role of Lucas, and if you’re a fan of Rent – then you know Mr. Rapp well! He played Mark Cohen in Rent, and he was also in the same role of Lucas in If/Then on Broadway.

Enough geeking out over the cast for now, let’s talk about the story of this musical – which is incredibly relevant to any single female in her 30’s. The story is simple – what if? We’ve all asked ourselves that question, and probably asked it on a fairly regular basis. What if we decided to take that job? Or what if we had dated that one person? If/Then explores that very concept by following Elizabeth (played by Jackie Burns) down two parallel roads in life. One where love was more the focus, and one where career was more the focus. All of it exploding out from one simple decision made in Central Park.

While the story was engrossing and a different type of musical from those we normally see, the songs didn’t quite hold up. The tunes were disjointed and forgettable, yet it did have a few brief moments of brilliance (“What the F**K” – has a special place in my heart, and it probably will in yours too). Even though as a whole the songs might not have been the best, the performances were nothing short of incredible. Every cast member did a spectacular job and sung with power and passion. 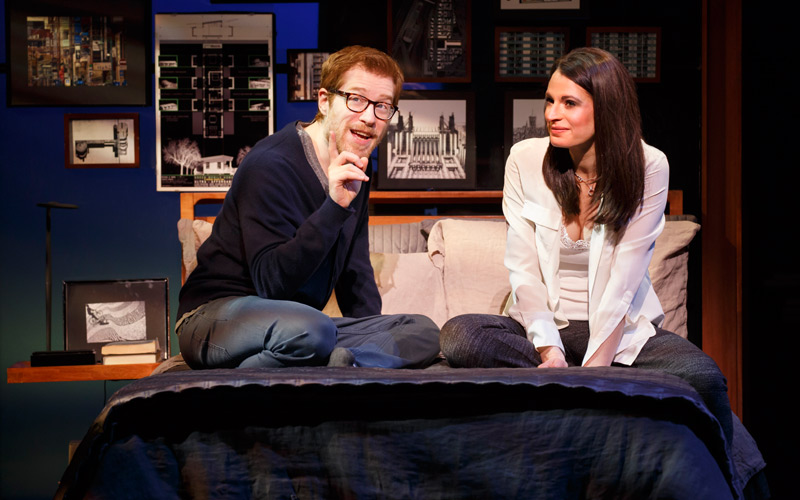 Overall, I have to recommend If/Then for a girls night out. Grab your single lady friends, go have dinner and some wine, and then finish the evening off with If/Then – you’ll be laughing and crying – and having no regrets about the night.

You can pick up tickets for an Atlanta show from now through August 14! They can be purchased through the FOX Theatre Box Office or online at www.ticketmaster.com!