Monsterama is head to Atlanta in early October and brings with it real respect for the pioneers of literary, cinematic and television horror. You will find references to Friday the 13 and “slasher horror” along with glimpses of zombies, but the focus will be Universal Monsters, Kaiju, gothic horrors from Hammer, and a wide range of topics covering the developmental horror that serves as the foundation for today’s modern genre.

I had an opportunity to talk to Monsterama Founder and Chair Anthony Taylor. Taylor has himself written for television, provided writing and editing for books and magazines (including Famous Monsters of Filmland), and is an expert on many aspects of 20th century film and television. 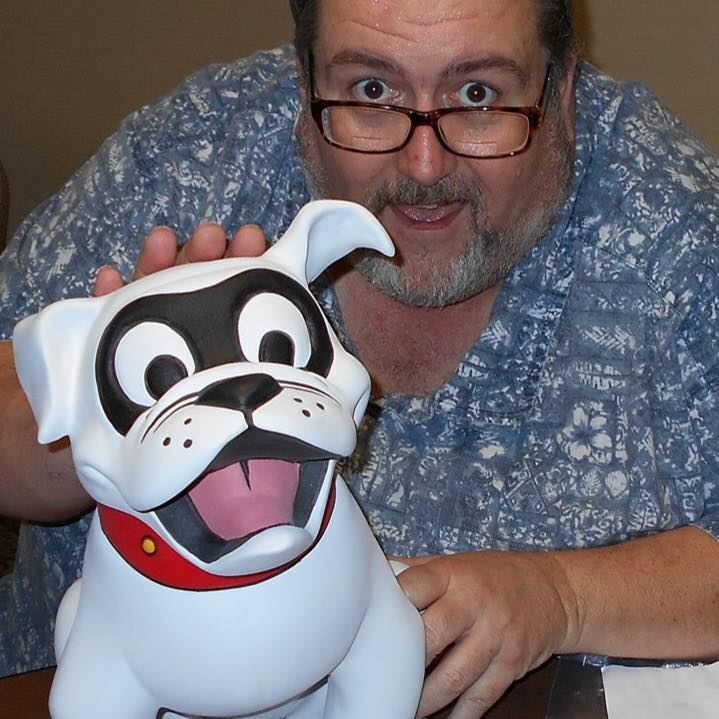 Monsterama is a unique convention in that it celebrates classic horror: What factors came together to create this convention?

I found myself traveling to attend the kind of conventions I liked bedt, which covered classic horror, science fiction, and monster films and television. Several shows really stood apart to me, like Wonderfest in Louisville, KY and Monster Bash in Mars, PA. I decided to try and put together a show locally that would combine the best elements of those conventions, and Monsterama was born. We celebrate the fantastic in film, literature, and art. It doesn’t necessarily have to be horror and it can even be contemporary, but we like to stick to things that have a redo feel.

You are obviously well versed in classic horror…what is your back ground? How did you get started with this?

I’ve been a fan of the classic Universal and Hammer monster films since I was a kid, and it ’s something that stuck with me. As I matured, my love of film and interest in the behind the scenes aspect of making films lead me to become a film journalist. I’ve written articles and interviews for magazines like Famous Monsters of Filmland, Fangoria, Screem, SFX, Video WatcHDog, and many more.

So when you were a kid you were into…

Star Trek! The classic series was jam-packed with monsters, suspense, action, and morality plays. It really fired on all cylinders for nine-year-old me. I also loved Planet of the Apes, The Outer Limits, Twilight Zone, and comic books.

How has Monsterama grown in three years?

We started off small and have grown in attendance by about double over three years. We’re able to afford more guests this year, more special events and I really feel like our convention gives a lot of value for the ticket price. We’ve added more programming tracks, more exhibits, a model building contest, so much to see and do over the weekend.

I was there for Monsterama the first year, and the thing that lingers for me is this: it is a family. Tell me about the community at Monsterama!?

We’re definitely family. One thing I wanted to make sure of was the Monsterama had programming aimed at kids and teenagers, and that parents would feel good about bringing children to the convention. If young people don’t get interested in this stuff, then it won’t be around for much longer. We certainly have programming aimed at adults, and after about 9:00 pm we ramp that up a bit.

In a broader sense, I feel very connected to the people who come to Monsterama because of their love of the subject matter we cover. When I was young, it was hard to find friends who were into monster movies and sci-fi TV. Now, geek culture is an enormous part of popular culture. Everyone loves superhero movies and horror flicks, but folks who like retro monsters and SF tend to be off on their own island, metaphorically speaking. It’s great to have a place where we can all celebrate these things together.

What can we expect this year?

Great guests like Caroline Munro from Golden Voyage of Sinbad and Dracula AD 1972, Suzanna Leigh from The Deadly Bees and Lust For A Vampire, James Marshall from Twin Peaks and A Few Good Men, Zach Galligan from Gremlins, and Madeline Brumby from Frankenstein Created Bikers. Makeup artists like John Goodwin, who won an Emmy for his work on CSI, Shane Morton, and Matt Green. Authors like John Farris who wrote The Fury, Martin Powell, and Charles Rutledge. Artists like Rondo Award winners Mark Maddox and Jeff Preston, and so many more. We’ve got Producer Matt Greenfield, set designer Timothy Earls, and other filmmakers coming to give demos and talk about what they do. We’ll have makeup and art demonstrations all weekend, ghost stories around the (fake) campfire, Parties, dances, vendors, exhibits – very excited to have an eleven foot long recreation of the Enterprise from Star Trek’s original series – and screenings all weekend long of films and television shows on 16mm film. Saturday afternoon The Silver Scream Spook Show will be screening Starcrash with Caroline Munro. Honestly, we’ve got so much cool stuff happening you might need a jacket.

How can people find out more about Monsterama?

Tell me other things you haven’t said about Monsterama?

It’s at the Marriott Perimeter Center Hotel, October 7-9. Tickets are $55.00 in advance, $60.00 at the door, and we will also have single day passes available. Hotel rooms are a bargain at just $99.00 a night, and if you want one, act quickly. We’re almost sold out!

Dan
Dan Carroll is a life-long nerd and promoter of the nerd community in the Southeast. He's single ladies, but not a single lady. He loves classic horror, silver age comics, most shows on TV, and has a reputation for having the worst taste in music.