Atlanta’s opening night for A Christmas Story: The Musical was Tuesday evening at the Fox Theatre, and saying I was excited was a bit of an understatement. A Christmas Story is one of my all time favorite Christmas movies, and the fact that it’s now a musical…. Well let’s just say I had high expectations. Did the show deliver? It did.

A Christmas Story first made its way onto the scene in 1983, and as the years passed it became a holiday TV favorite. While the film didn’t do well at the box office when it was originally released, it soon found a steadfast fandom thanks to TNT and TBS, who began airing the “24 Hours of A Christmas Story Marathon” in 1986. Fast-forward to 2012, and the love for the film was so great that Broadway took notice and thus A Christmas Story: The Musical debuted. 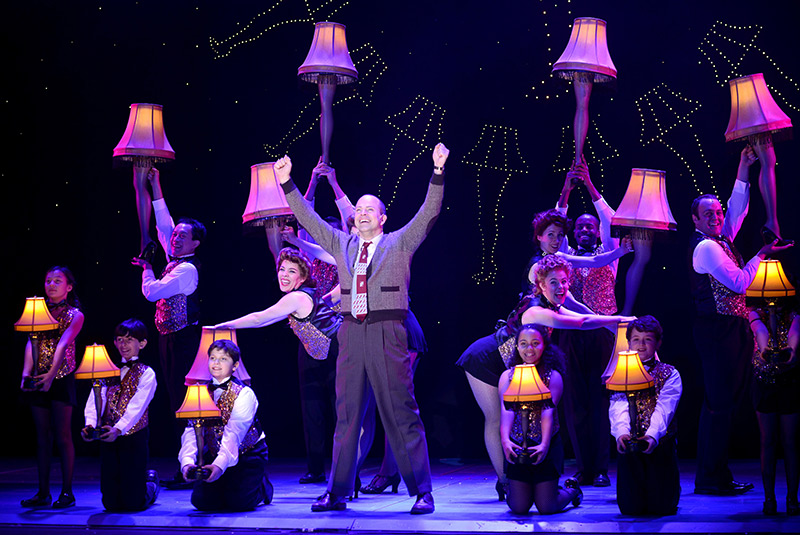 While there wasn’t a song that was particularly catchy enough to stick with me after I left, I did enjoy each of the numbers. Most notably “Ralphie to the Rescue” which had incredible choreography behind it. The cast did a superb job as well (including the two real-life dogs that were apart of the ensemble). The set design is also something worth commending, from the house to the school – even to the visit with Santa at Higbee’s – the ambiance from the film finds its way effortlessly to the stage.

Overall, the warmth and radiance of this play is the perfect way to usher in the holiday season. It holds true to the story we all know and love, and even gives us a little bit extra with fun numbers like Christopher Swan’s “A Major Award”. There is truly something here for all ages, which is a rare thing to find in entertainment these days. So turn off the TV this holiday season, and head out to check this one out live while you can. It’ll bring you back to a more innocent time and leave you with a smile on your face.

You can pick up tickets for an Atlanta show from now through December 4! They can be purchased through the FOX Theatre Box Office or online at www.ticketmaster.com!

A Christmas Story The Musical Review

A Christmas Story The Musical Review: The Perfect Holiday Play