The past few months have seen a rash of updates for Niantic’s polarizing Pokémon GO: the ability to select and transfer multiple Pokémon from your list (awesome), a much-needed revamp of its tracking system (pretty cool), and even a couple holiday events for Halloween and Christmas (fun enough, and more on the latter in a second). But now they’ve released an update both a bit bigger than usual and a bit smaller than hoped for.

Niantic recently added a few trademark Johto Pokémon to its virtual ‘dex. As of December 12 , those determined trainers still out in the cold collecting candy can hatch seven out of the eight “baby” Pokémon from Gen II: Pichu, Cleffa, Igglybuff, Elekid, Magby, Smoochum, and Togepi (Toge-PREE!). These Pokes can’t be caught; they have to be hatched from eggs, and new eggs at that.

On top of that, Niantic’s jumping into the holiday groove. There’s festively-dressed Pikachus hiding worldwide, waiting for GO players to stumble across them. While it’s not as large a celebration as October’s Halloween event was , it’s still a nice little nod to the season. Especially for me, because I’m basic, and I love Pikachu. Sue me. 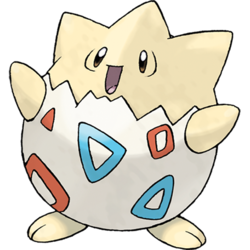 Unfortunately, the Internet’s response to the news has been…lukewarm, shall we say. Many people were eagerly awaiting a massive update containing the entirety of Gen II’s Pokédex, saving up those Eevees in the hopes of nabbing a beautiful Espeon or Umbreon for their teams. Given all the rumors flying last month , the unenthusiastic response is predictable. I would argue, though, that this actually means that Niantic has learned a valuable lesson.

The rest of Johto’s Pokes ARE set to roll out over the next few months, meaning we’ll continue to see small additions to the game. Even though it’s what people wanted, if Niantic had released all of Gen II right away, the exact same thing that happened over summer would just happen again. Pokémon GO was wildly popular—for like a month. People grew bored quickly. A comprehensive Gen II update would boost the game again until probably February, and then it would taper off, just like it did around August this year. I think Niantic knows this, and this graduated update is an attempt to keep us around just a bit longer.

Granted, the update IS small. From where I’m sitting and tying, it seems as though a slightly larger addition, say, 20 new Pokémon, would have been ideal. Players would have had enough to keep them busy for a bit, but Niantic would still be able to spread out its content.

Regardless, I’m at least a little intrigued. I may just break out my app again (I didn’t delete it, yet.) and nose around for some eggs. As you may have noticed, I have a soft spot for Togepi…

What do you think? Will Pokémon GO make it? Are you up to walk your town a bit more? Let us know below, and, as always, stay tuned and stay shiny.