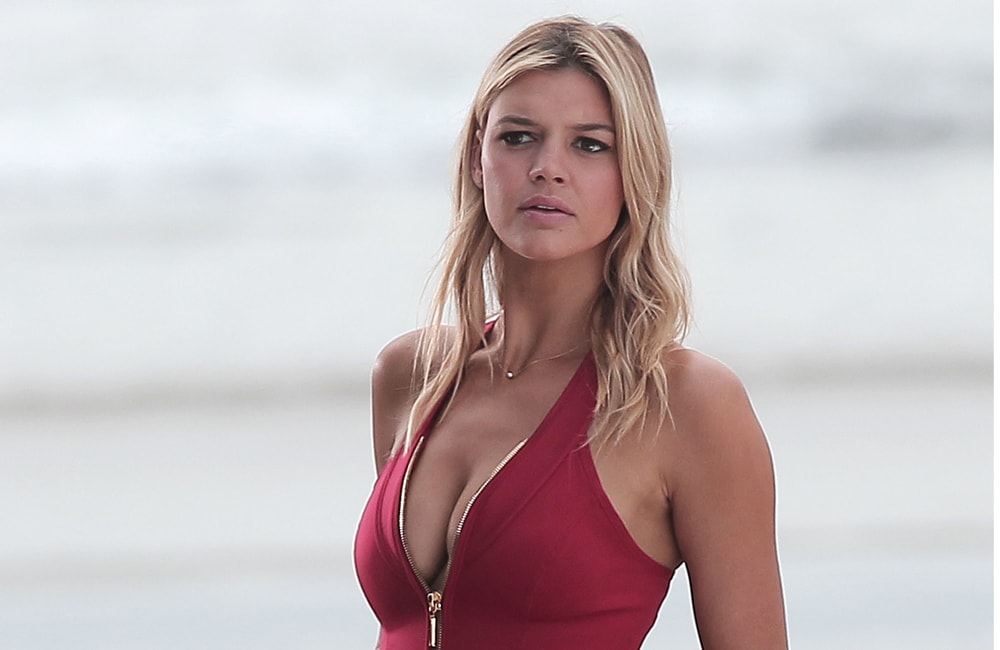 The 27-year-old blonde beauty plays C.J. Parker in the upcoming movie reboot of the iconic 90s TV show of the same name, which starred David Hasselhoff and focused on a team of Los Angeles County Lifeguards.

Model-and-actress Kelly is considered to be one of the world’s most beautiful women, but even she suffers from bloating, especially after fast food, but the swimsuit – as famously worn in the TV series by Pamela Anderson, Carmen Electra and others – pulled everything in which was great.

Speaking to the Daily Star newspaper, she explained: “It’s [the swimsuit] scuba material, which is awesome because it’s literally like wearing Spanx that suck you right in. I was like, cheeseburgers, no problem. Just zip that thing up and it’s like it never happened.”

Filmed in Miami and Savannah, the story is centered on the discovery of a dead body that is washed ashore with the team tasked with getting to the bottom of what is really going on in their bay and uncovers a drug smuggling operation.

Speaking about the plot, Zac revealed: “There’s more drugs being smuggled into the town than ever, and this is Mitch’s bay. He loves it more than life itself, and he’s not going to let anybody spoil that, so we’re recruited to go above and beyond what lifeguards do. There’s a lot of action stunts – it’s packed. But we have to join together to make the magic happen.”

And being part of Baywatch is something which Zac was delighted to be able to “amp up”.

He added: “It just sounded awesome, I’ve always loved The Rock, and I knew about ‘Baywatch’. It seemed like something that would be very fun to redo and to amp up. It was exciting to be part of this team. It’s a great escape and it’s just friggin’ hilarious. It’s like a high five from the summer.”

Baywatch hits theaters today and features cameos from Pamela and The Hoff.

Kaya Scodelario Says 'Pirates of the Caribbean' Filming Was Hell

The Ultimate Guide to Sharing Your Talents Online

The ATLas Podcast Episode 56: 'Pirates of the Caribbean 5' and 'Baywatch' Reviews