It’s confession time. We all have guilty pleasures that we watch. They become welcome distractions to everyday life. Well, my guilty pleasure was Pretty Little Liars. Yes I said that out loud. What originally started out as a father observing what his teenage daughters are watching turned into a weekly soap opera get together complete with either ice cream, popcorn and for me, coffee, lots of it. Now after seven seasons and 160 episodes, it’s game over for the Liars and their fans.

Alex gives Spencer the cliff notes version of the events that led us to this moment. It all begins with a chance encounter with Wren Kingston (Julian Morris), Melissa Hastings’ (Torrey DeVitto) former fiancé. Upon realizing who Alex was, Wren fills her in on all the things that were going on in Rosewood. Including Charlotte DiLaurentis (Vanessa Ray) the first enemy of the Liars. We see through flashbacks Charlotte and Alex meeting and getting close. After Charlotte’s death, Alex seeks revenge and plots to take over Spencer’s privilege life even though Alex states this was never about money. This was all about having a home, a family and friends who stick together no matter what. Everything she lacked due to being dumped by her adoptive parents at an orphanage, Spencer had.

Adding further insult to injury, Alex reveals that she has been popping in and out of their lives throughout the series seven year run and no one ever noticed. This would also include some alone time with Toby Cavanaugh (Keegan Allen).

Besides Spencer, Alex is also holding Ezra Fitz (Ian Harding) hostage preventing his marriage to Aria Montgomery (Lucy Hale). The reasons why was never really discussed. It appears that his capture was one out of necessity for Alex and not revenge driven. 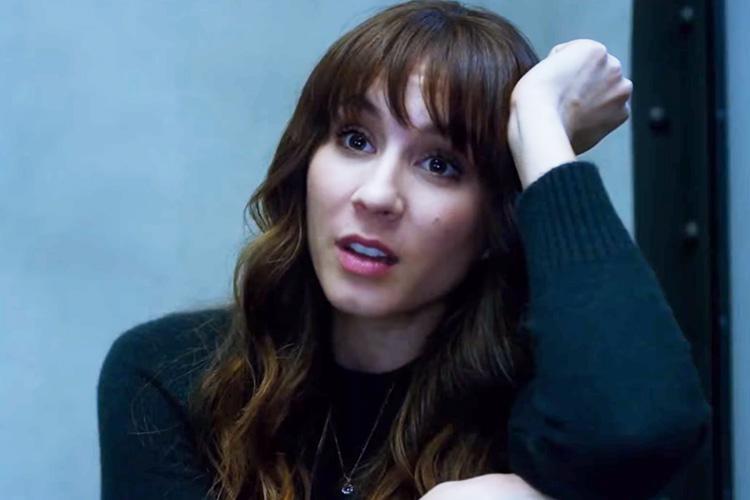 The hero of the day of all people turns out to be Toby’s blind stepsister Jenna Marshall (Tammin Sursok). There’s irony here because Jenna and the Liars are not exactly friendly. But leave it up to Jenna’s heighten sense of smell to question “Spencer’s” /Alex identity and informs Toby. After putting all the pieces of the puzzle together, which includes deducing a book that was given to him by faux Spencer, Toby believes Spencer and Ezra are in danger. With help from Caleb Rivers (Tyler Blackburn) and the unlikely assistance from Mona Vanderwaal (Janel Parrish), Spencer and Ezra’s location is found out. Aria leads everyone including Hanna Martin (Ashley Benson), Alison DiLaurentis (Sasha Pieterse) and Emily Fields (Shat Mitchell) to find and rescue Spencer and Ezra before Alex kills them.

After breaking into Alex’s dollhouse, an armed Toby has to decipher which twin is the real Spencer. He offers up a challenge that only his Spencer could answer. The police come storming in and the A.D. threat comes to a happy and satisfying ending.

With Alex and her mother Mary Drake (Andrea Parker) who reluctantly helped Alex with this charade are arrested, Aria and Ezra finally have their day and tie the knot in front of their friends and family. In true PLL fashion, when the Pastor asked if anyone objected to speak now or forever hold his or her peace, a phone rang. It turned out to be the photographer who was played by shows creator I. Marlene King in a cute cameo.

As Hanna and Caleb, we find out that Hanna is pregnant with the couple’s first child. The newly engaged Emily and Ali are fully immersed in being parents to their twins and building a real future for themselves. For Spencer, her sights are on her future and wherever that takes her.

And then there’s Mona who in the end is a doll shop owner living in Paris and seemingly happy. After seven seasons, you know it’s never that easy. No, we follow Mona to the back room of her shop where it is revealed that she is keeping both Mary and Alex in a real life dollhouse, pondering the thought of just how long could Mona keep them there?

May the Dork be with you,
JPB
The Dork Knight

James
James P. Brown aka “The Dork Knight” is a contributing writer for FanBolt.com as well as publisher of The-Dork-Knight.com since 2013 where he reviews movies and television series. He lives and breathes nerd culture. James is proof that a Star Wars fanatic can be a passionate Trekker as well He also believes in a world where everyone embracing his or her inner dorkdom could be the secret that leads to world peace. James is based out of Upstate New York.