Lin-Manuel Miranda’s sensational-masterpiece Hamilton debuted in Atlanta last week at the Fox Theatre, but if you’re a fan of theatre or musicals and you’re Atlanta-based, you’ve been anticipating the arrival of this one since the ticket lotteries were first announced. So does it live it up to the hype? YES. So much yes.

Hamilton first came on the scene in 2015 when it captured Broadway’s attention being lauded as an “unmissable game-changer” (Evening Standard), a “thrilling salute to America’s immigrants” (The Guardian) and a “Star-Spangled Success” (The Wall Street Journal). Everything about this production comes together to tell a unique and engrossing tale of one Alexander Hamilton. 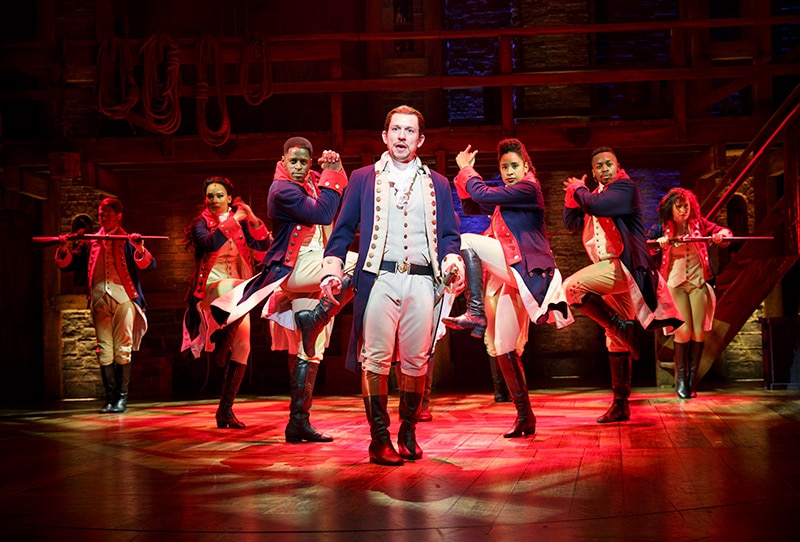 Hamilton tells the story of America’s Founding Father Alexander Hamilton, an immigrant from the West Indies who became George Washington’s right-hand man during the Revolutionary War and was the new nation’s first Treasury Secretary. The production features a score that blends hip-hop, jazz, blues, rap, R&B, and Broadway, Hamilton is the story of America then, as told boldly by America now.

The musical expression that Lin-Manuel Miranda selected to tell this story is passionate, powerfully fluid and undeniably astonishing. There’s no room for error, and the cast delivers a seamless performance. They are these characters, and these are their words of intensity. 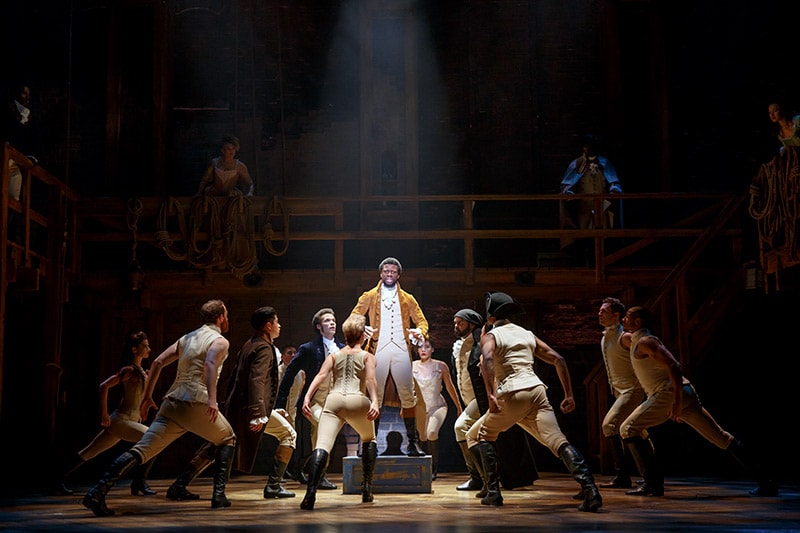 I didn’t get to see Hamilton with the original cast on Broadway, but even with this touring cast – I honestly can’t imagine it being anymore thought-provoking and jaw-dropping as it was when I saw it last Wednesday. That being said, Lin-Manuel Miranda is clearly a genius, so seeing him in the role of Hamilton would have undoubtedly been one of the greatest experiences of Broadway history. However, the young man, Austin Scott, who filling his shoes in this traveling production never misses a beat – and I do mean that quite literally. He renders the audience speechless with his talent, and he’s not alone with that ability. The entire ensemble feels as if they are comprised of the best of the best that the industry has to offer. From incredible dance sequences to revolutionary fervor in fierce rap battles and emotionally saturated love ballads, every second of this production drips with perfection, and I’m only left with two real thoughts after seeing it – 1) How did one man (Lin-Manuel Miranda) father such a powerful and resonating creation? 2) I need to see this again as soon as possible. 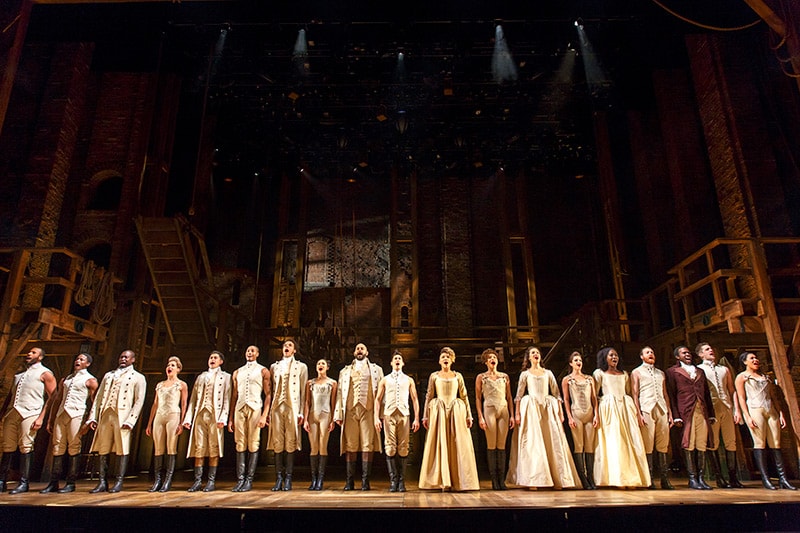 Simply put, Hamilton is an unrivaled experience. It’s density of content and richness is well deserving of the hype – and so much more. I could write for hours about how amazing every cast member was – from Julia Harriman (Eliza Hamilton) who has the ability to inject a massive range of emotions into her vocals (and without question the most beautiful voice I’ve ever heard) – to the humor of Peter Matthew Smith (King George) who could have easily stolen any other show with his impeccable timing – to Carvens Lissaint (George Washington), Chris De’Sean Lee (Thomas Jefferson) and Nicholas Christoper (Aaron Burr) whose skilled prose is matched by none. 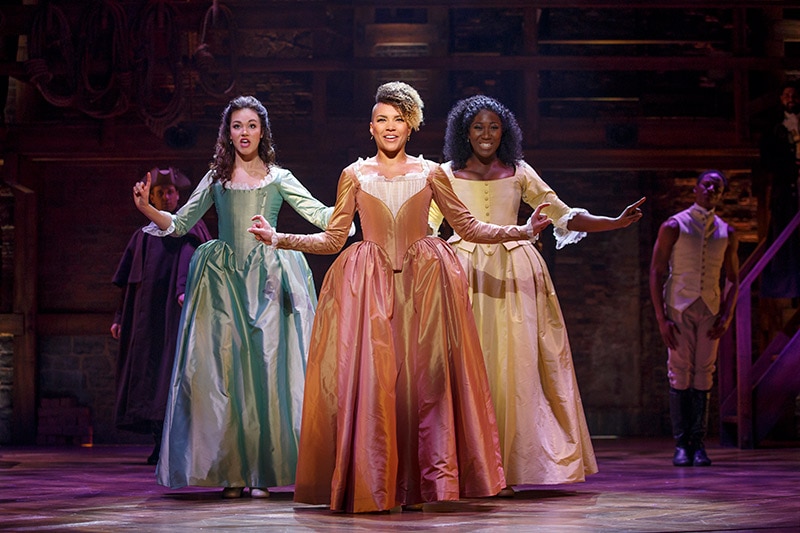 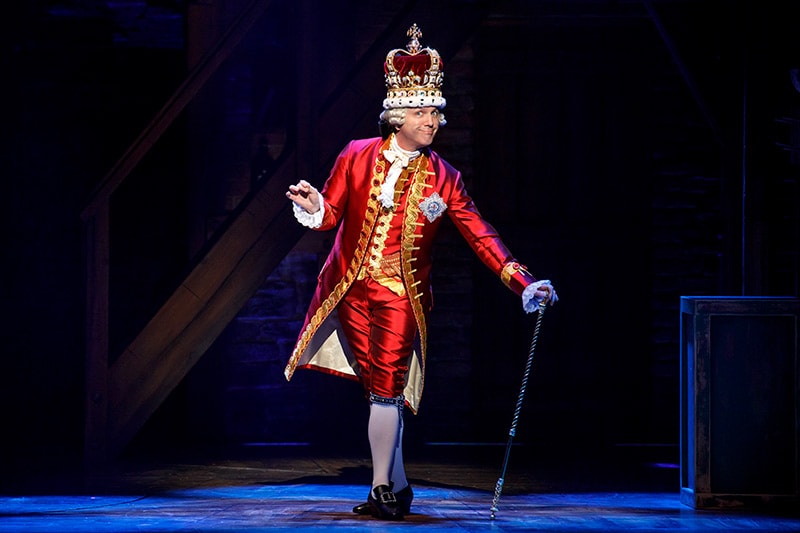 Hamilton, presented by Broadway in Atlanta, is at the Fox Theatre from now through June 10, 2018! For more information on how you can experience this masterpiece, head over to www.HamiltonOnBroadway.com and note that the Fox Theatre box office is the only authorized ticket outlet for Atlanta tickets, and the only way for patrons to guarantee tickets are legitimate is to buy them by visiting www.FoxTheatre.Org. Tickets listed elsewhere are not guaranteed to be legitimate or priced at fair market value. For information on the daily ticket lottery, visit www.HamiltonMusical.com/Lottery.