We’re gradually creeping closer to finally seeing the Bat Family properly represented on the small screen. We’re supposedly going to see Batman at the end of Gotham and today we finally get to see what Ruby Rose will look like when donning the cowl of Batwoman. 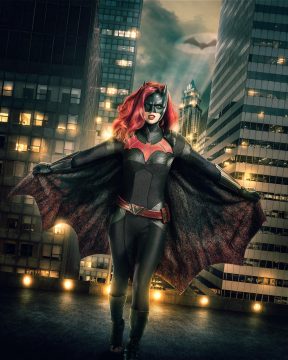 Revealed on Comicbook.com, the costume was designed by Colleen Atwood whose talented works can be seen in CW’s Supergirl, Fantastic Beasts and Where to Find Them, and both live-action Tick series. This version Kate Kane’s costume will be seen in the huge CW crossover event known as “Elseworlds” on December 11th, 8 PM EST.