The character of Dr. Paul Bearer is a legend in the world of horror hosts. Like Elvira and many others who graced televisions both locally and nationally, the good doctor would present us young horror fans with a “horrible old movie” every Saturday. Those of us who grew up in Florida in the ’80s and early ’90s, Bearer was a weekly staple, his show came on right after the Saturday morning cartoons came to an end.

Each week the old ghoul would enter through the creaky door of the Tenement Castle, introduce us to a special monstrous guest, and then roll a truly terrible film that would make the crew of the Satellite of Love blush. Now, decades later, the master of the macabre continues to delight horror fans young and old with his distinct style that includes devilishly bad puns and the iconic phrase “I’ll be lurking for you.”

With the introduction to Dr. Paul out of the way, FanBolt was on hand during the premiere of his short film Hi Noon, Goodbye Dr. Paul. The inaugural outing of this project took place at the historic and allegedly haunted Tampa Theatre. For almost 100 years the theatre has been an icon to the downtown district, and the gallery below will show you why preservation efforts have been made to make sure it stays around for a long time. During our visit before the premiere, we took a few photos of the magnificent gem. 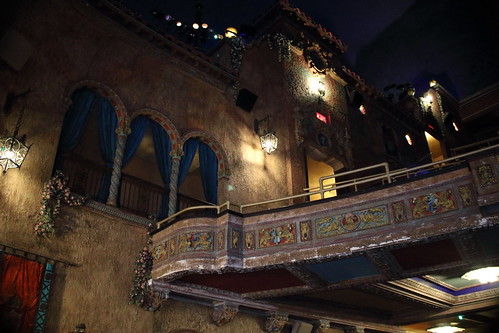 Hi Noon, Goodbye Dr. Paul takes us back to the early part of Florida’s history when settlers first started to tame the tropical land. We learn how Paul Bearer got his signature scar, and just how good of a medical doctor he really is. The film, directed by Michelle Gandhi, also features a guest appearance by Eddie Munster himself, Butch Patrick.

The film itself is available to view below, along with an introduction and post-credits Q&A we filmed while in attendance. Enjoy!