We’ll be giving away (35) “Admit 2” tickets to the screening, and winners will drawn randomly and will be alerted via email by November 13th! 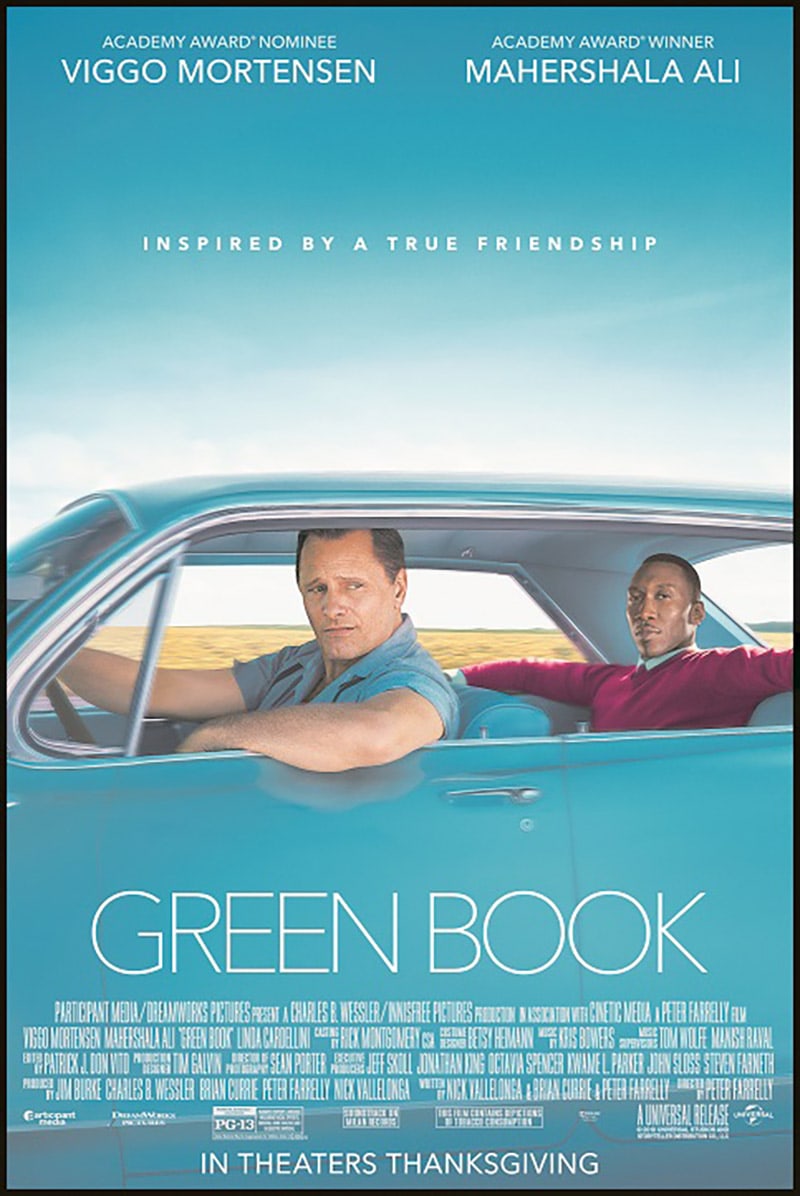 SYNOPSIS
When Tony Lip (Mortensen), a bouncer from an Italian-American neighborhood in the Bronx, is hired to drive Dr. Don Shirley (Ali), a world-class Black pianist, on a concert tour from Manhattan to the Deep South, they must rely on “The Green Book” to guide them to the few establishments that were then safe for African-Americans. Confronted with racism, danger—as well as unexpected humanity and humor—they are forced to set aside differences to survive and thrive on the journey of a lifetime. Jim Burke (The Descendants), Charles B. Wessler (The Heartbreak Kid) produce alongside Farrelly’s fellow writers, Brian Currie and Nick Vallelonga, and Farrelly. The drama is executive produced by Participant’s Jeff Skoll (The Help) and Jonathan King (Lincoln), along with Octavia Spencer (Fruitvale Station) and Kwame L. Parker (Kill Bill series), as well as Cinetic Media’s John Sloss (Boyhood) and Steven Farneth. Linda Cardellini (Brokeback Mountain, The Founder) co-stars.