Fantastic Beasts: The Crimes of Grindelwald is out today, but I was able to see on Tuesday of this week along with a theatre full of fans who love J.K. Rowling’s incredible universe as much as I do!

Select AMC Theatres across the country hosted Fantastic Fan Events ahead of today’s wide release, and not only did fans that bought tickets get to see the film early (and in IMAX) – they also got posters and collectible pins. I picked a bowtruckle! 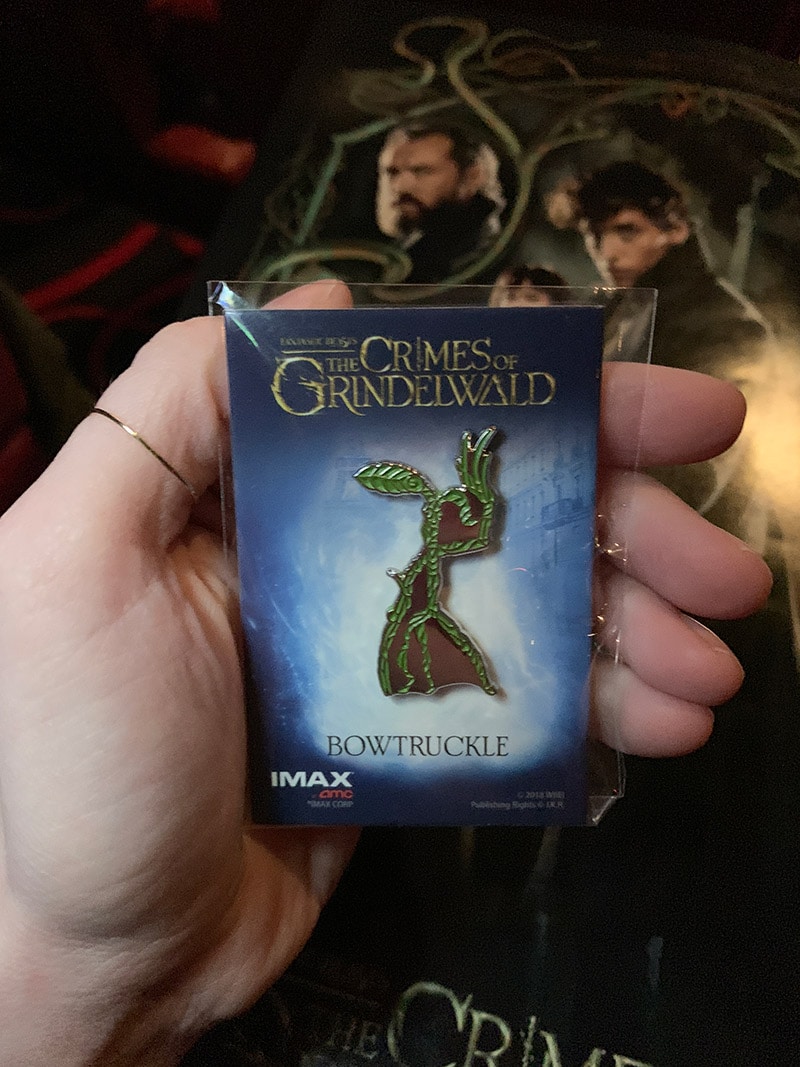 It was my first time being at AMC Theatres North Point Dine-In just north of Atlanta, and the food situation was delightful. I feel like it’s odd to say that AMC has my favorite burgers… but they have my favorite burgers! That’s one of the best things about going to the AMC’s Dine-In theatres – the food is amazing. You simply can’t go wrong.

At this AMC, you actually order at a concession area in the lobby (and there’s even a special line for AMC’s Stubs Members). You give them your theatre number and seat number, and then when your food is ready, they bring it to you in the theatre. You don’t have to worry about missing a second of the film!

We made our way to our seats to geeked out before the film started. I had feared that I might be the only geek girl who came with her wand – but I was in good company. I was one of MANY that brought their wands. 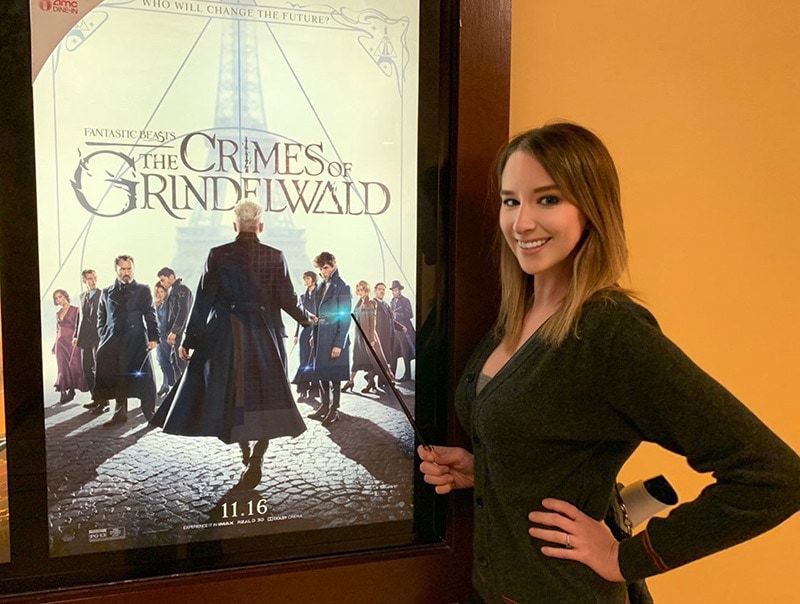 With movies like Fantastic Beasts, there is simply no better way to see it than being surrounded by fans who love it as much as you do. It’s a fan family, and that’s exactly what the Fantastic Fan Event provided for fans – an opportunity to meet up with friends and make new ones – all while geeking out over something you all love. The movie-going experience doesn’t get any better than that! 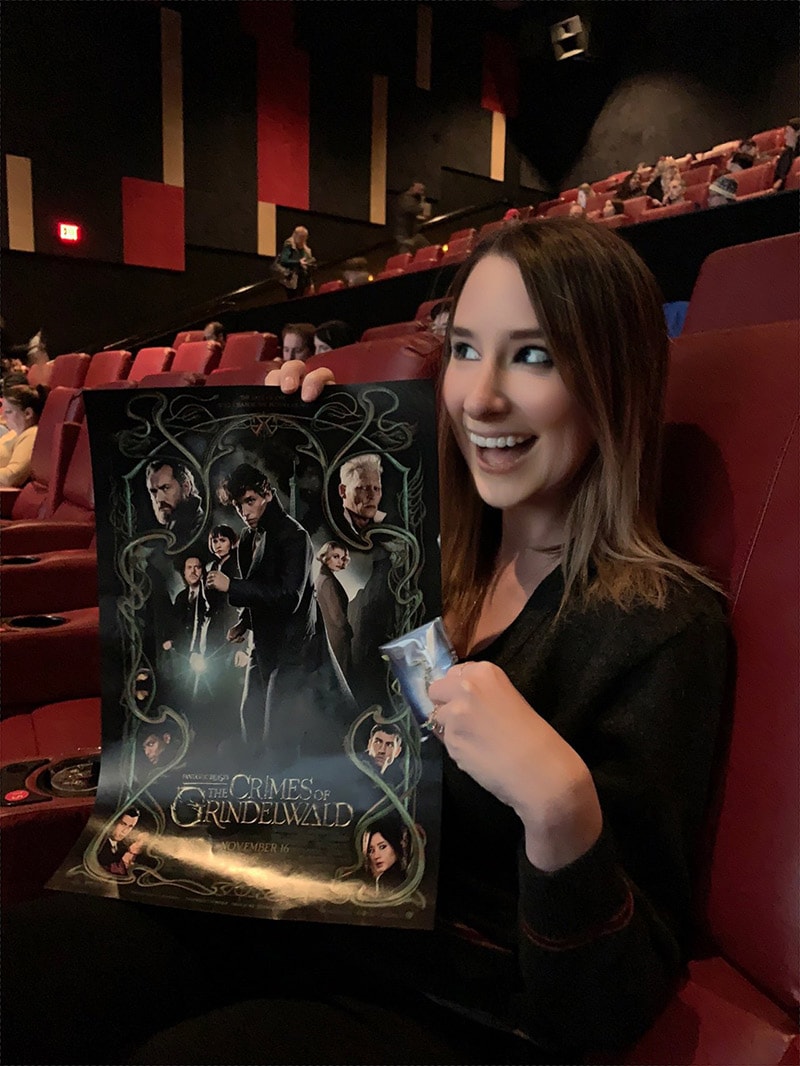 Thank you to AMC Theatres for hosting me Tuesday night! Be sure to check out Fantastic Beasts: The Crimes of Grindelwald out in theatres now!

Disclaimer: I was paid by AMC Theatres for this post – but all opinions here are my own.