Over the years, we’ve gotten to work on some pretty cool film and tv campaigns. But none of them hold a candle to the Girl’s Day Out I had today with my good friend, Annabelle, who is the star of Annabelle Comes Home.

With the goal of creating some epicly amazing social media content, I ventured out this morning with my homegirl, Annabelle. But before I showed her Atlanta’s highlights. We hit the spa. It was time for a little pampering and girl talk! 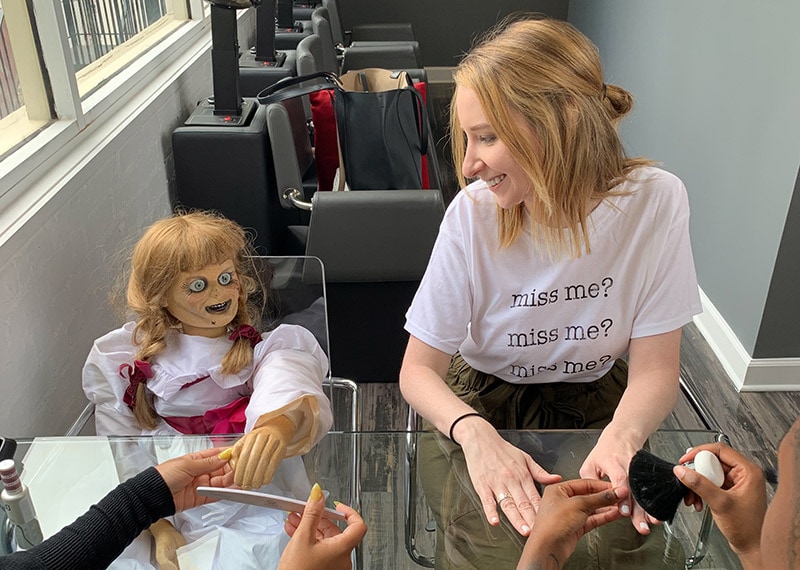 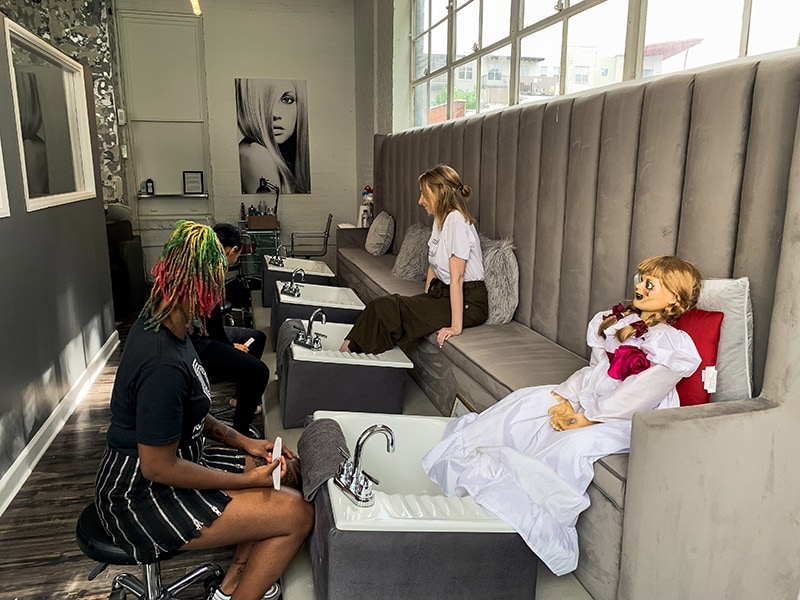 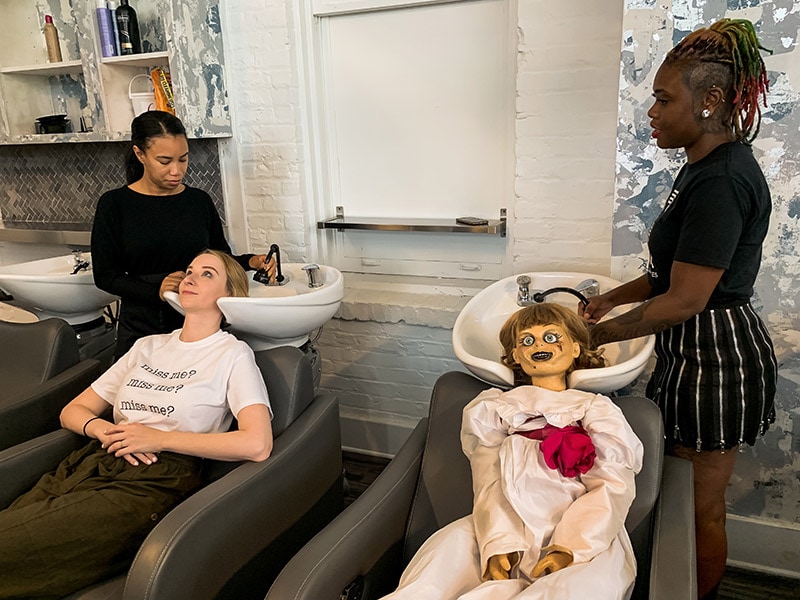 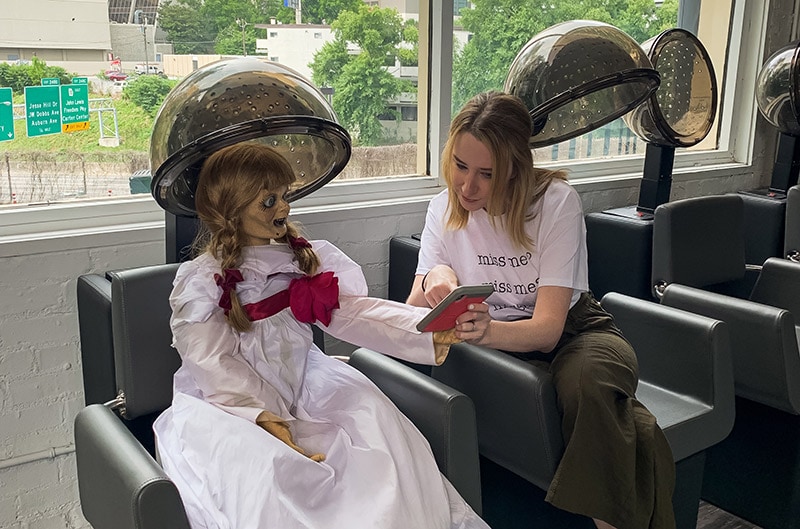 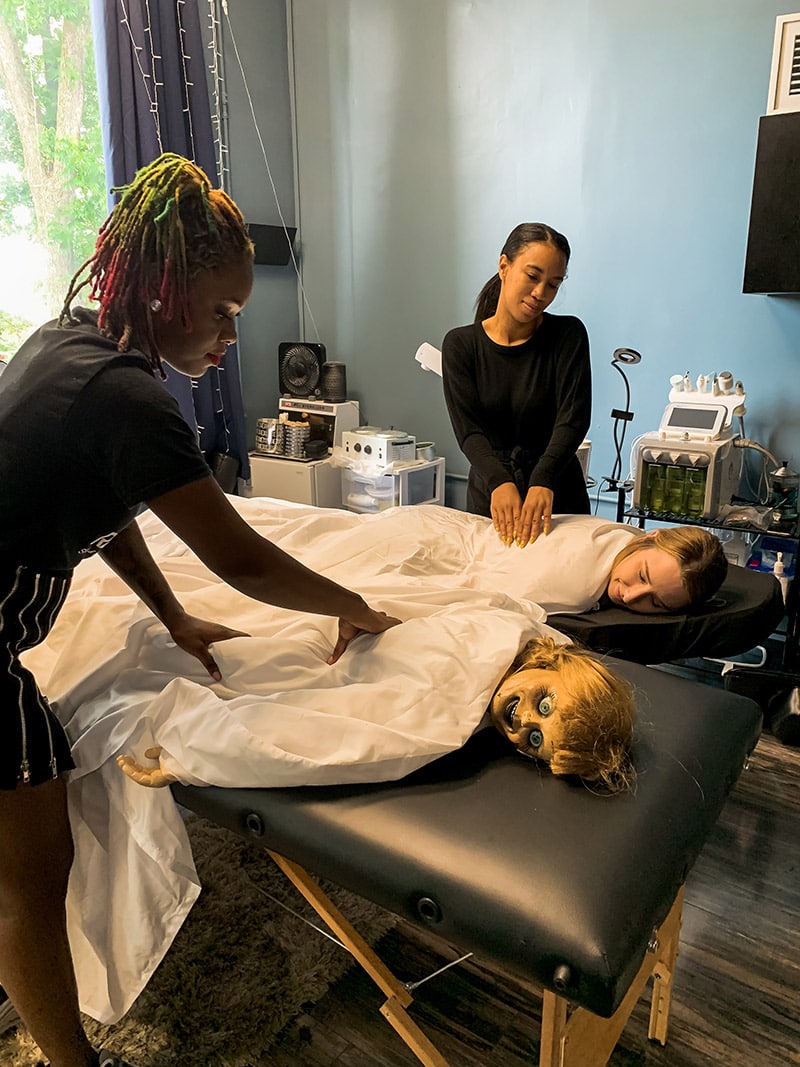 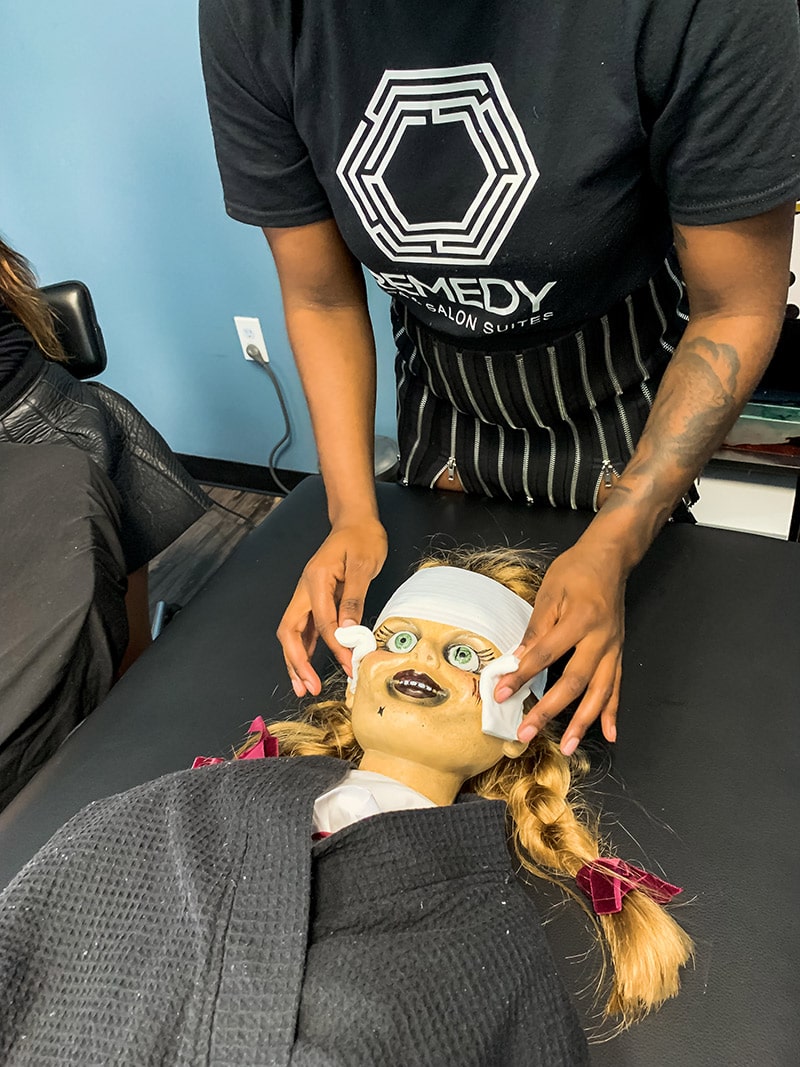 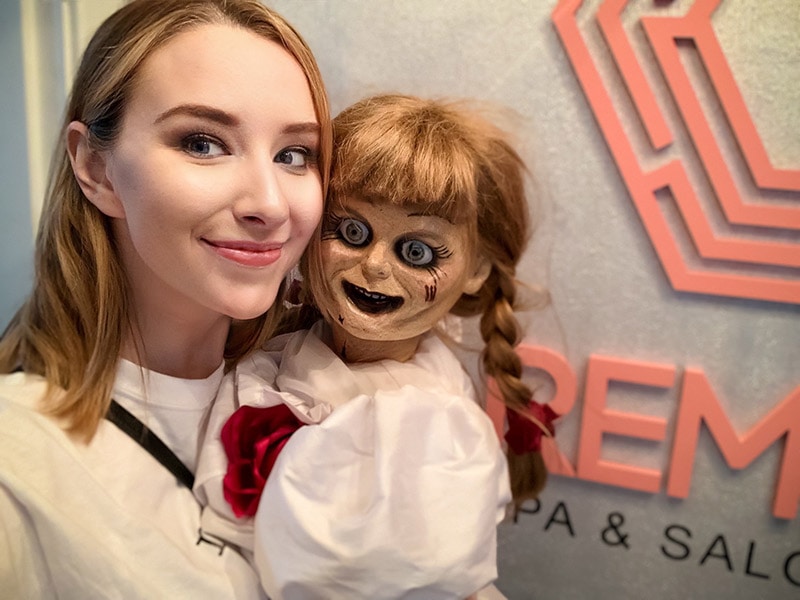 After we were feeling good – and all dolled up – It was time to hit the city! I was super excited to show Annabelle the sights of Atlanta! 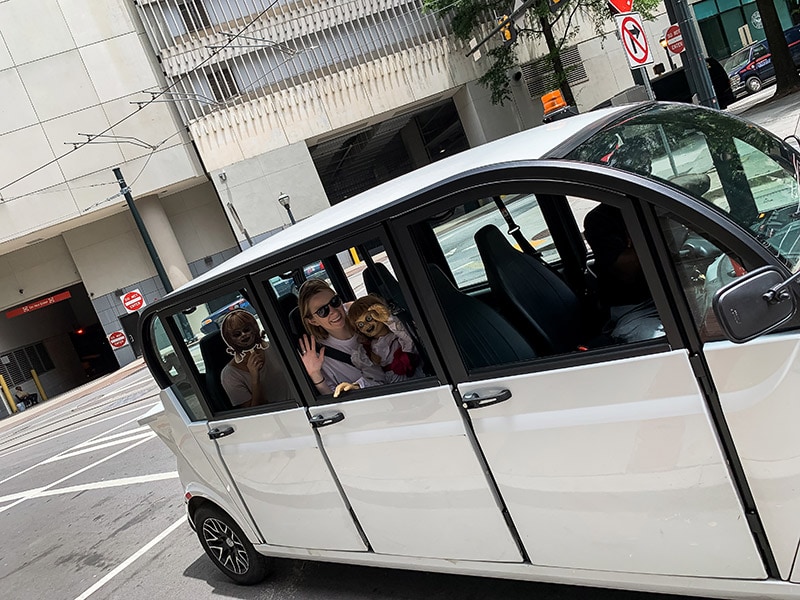 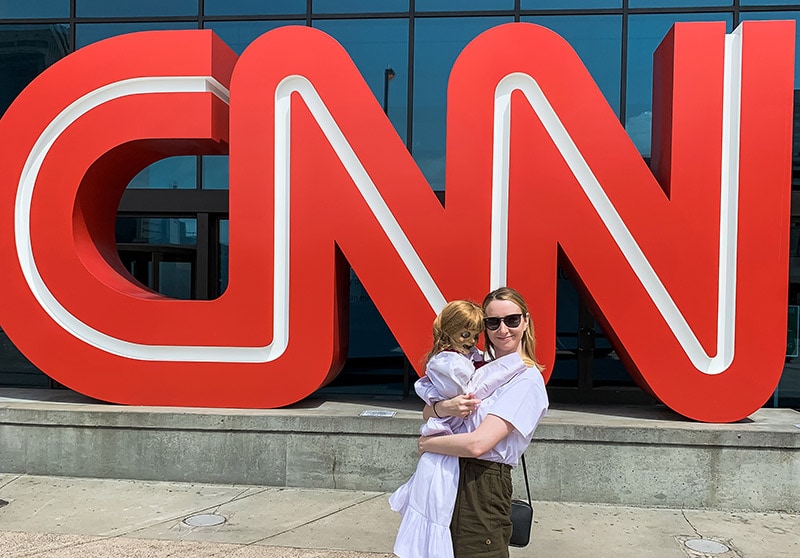 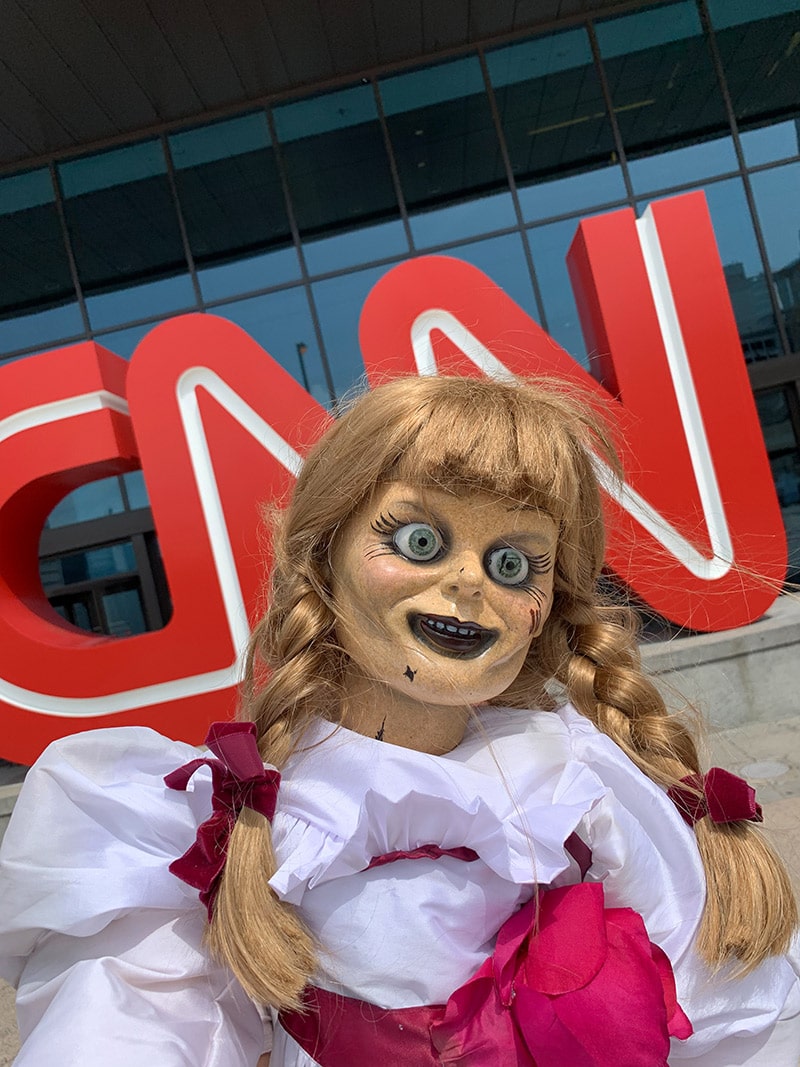 After learning that CNN was right next to the College Football Hall of Fame, Annabelle was eager to check out the sportsball museum! 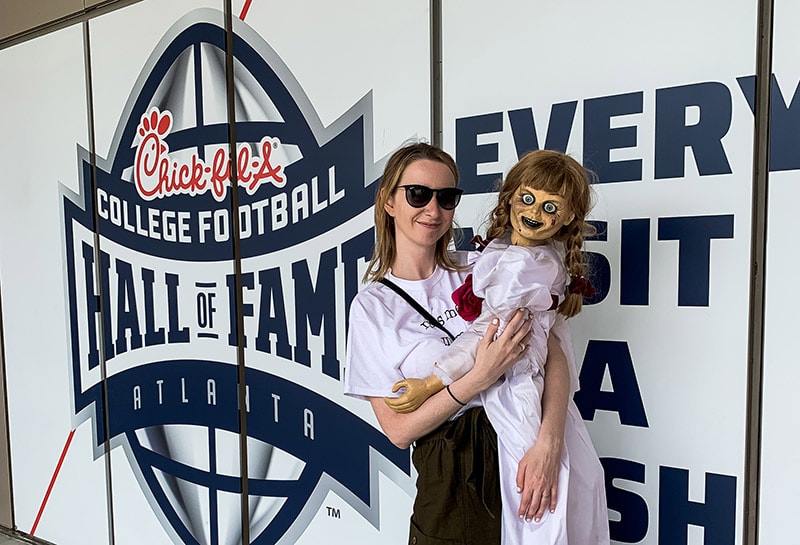 Next up? Centiennal Olympic Park! Annabelle was pretty bummed she didn’t pack her swimsuit, she kept eyeing the fountains that all the kids were running through. Had to promise her we’d come back! 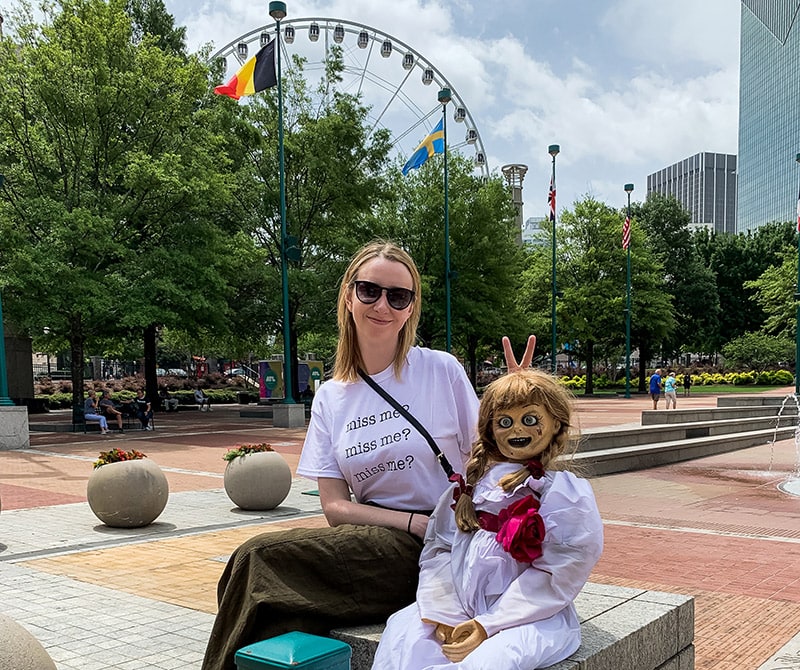 As we got to chatting, we realized niether one of us had ever ridden one of those Bird scootters. I asked her if she was feeling adventurous and she told me “Adventure” was her middle name. 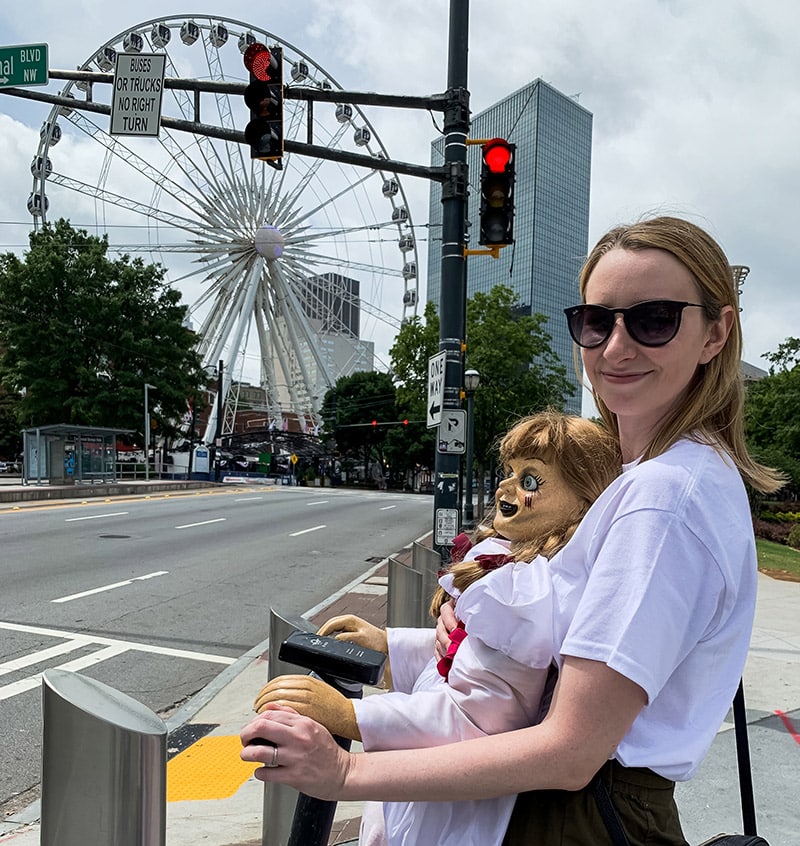 And with that we were off to the World of Coke! 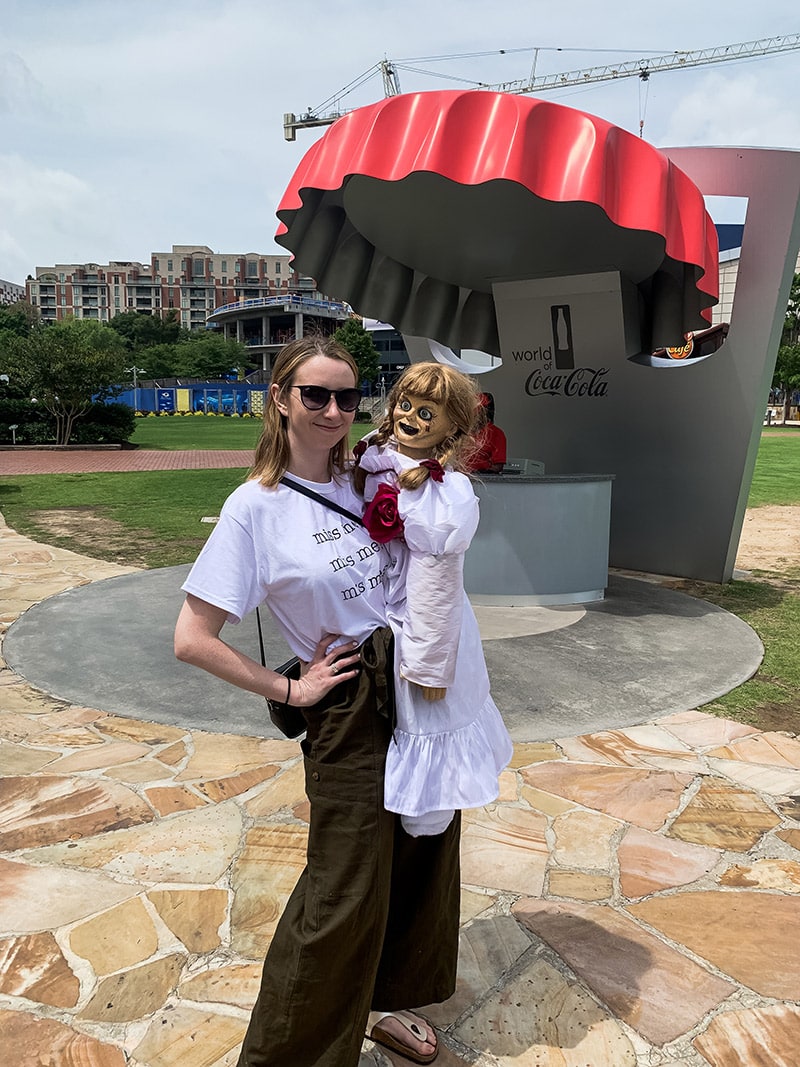 And then the Georgia Aquarium! 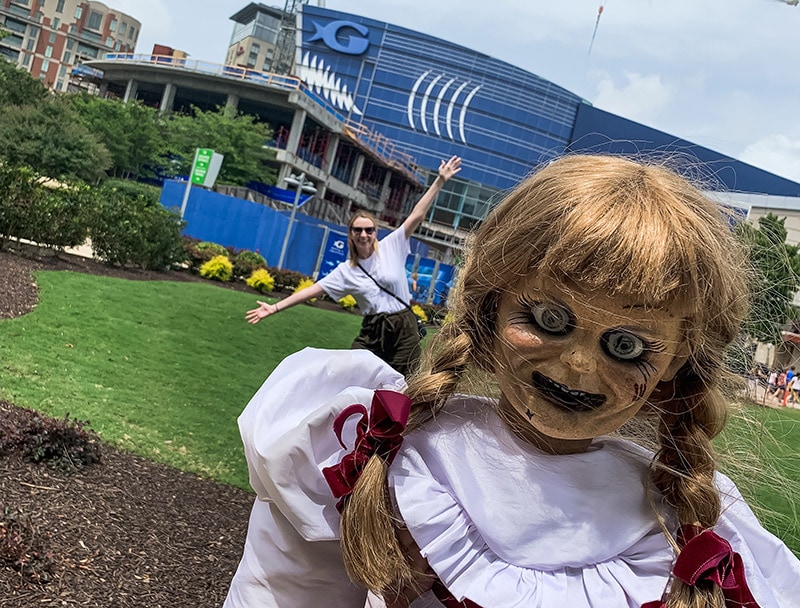 Annabelle was loving all the tourist spots I was showing her, but she asked if we could go some place that had a history of hauntings… I realized in that moment that I should probably know where the paranormal hot spots are in Atlanta, but the only I could think of was one that I did a Ghost Tour at years ago…. 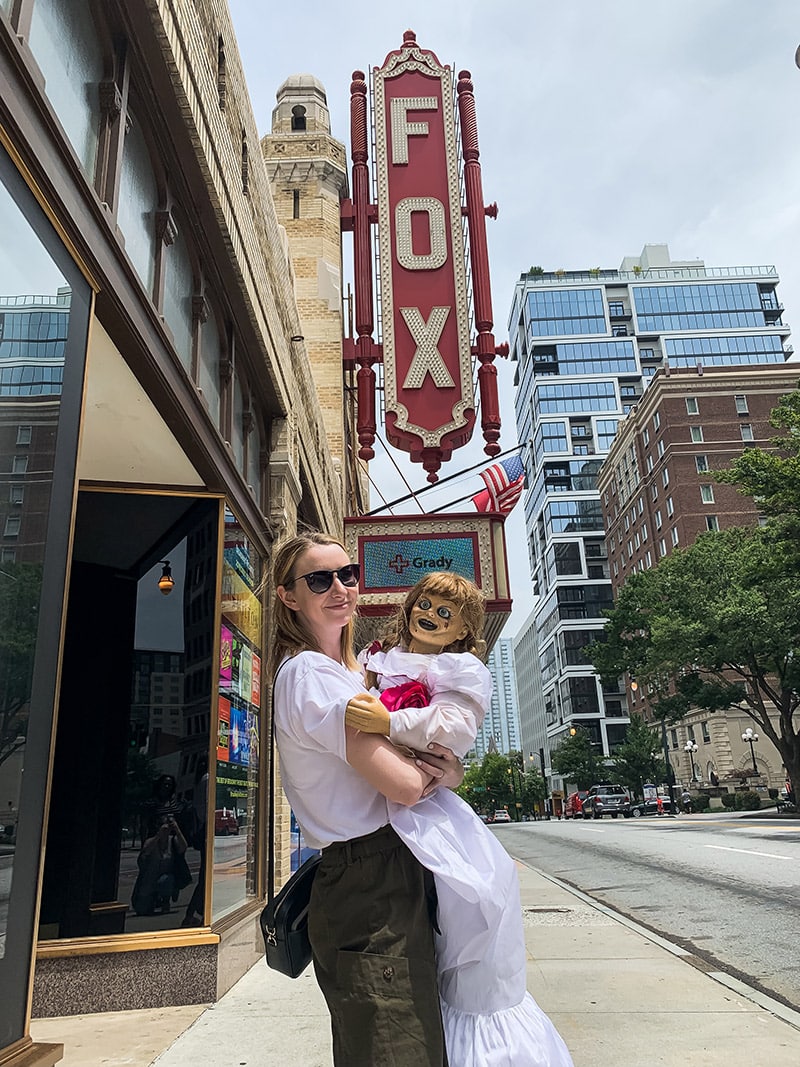 While we didn’t get to see a play, Annabelle still fell in love with Fox Theatre. Not to mention, the ads for Grady on the Marquee seemed extra appropirate. 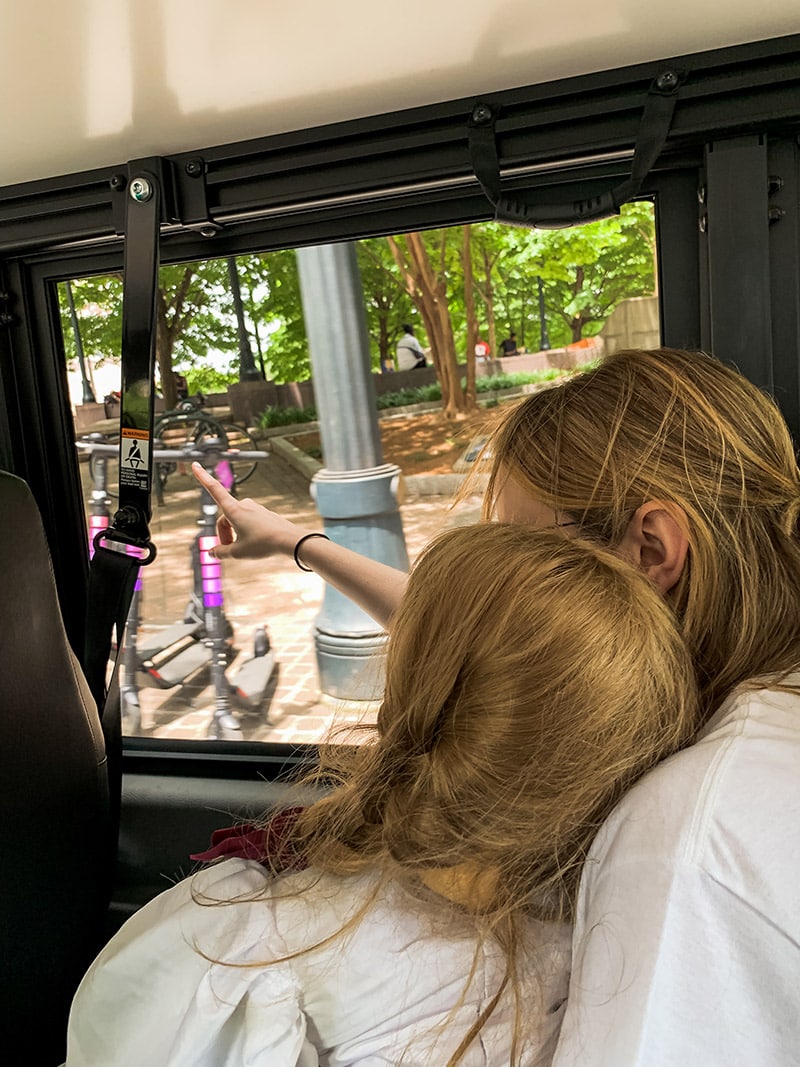 It was time for lunch, and Annabelle went true tourist on me. We ended up at The Varsity. 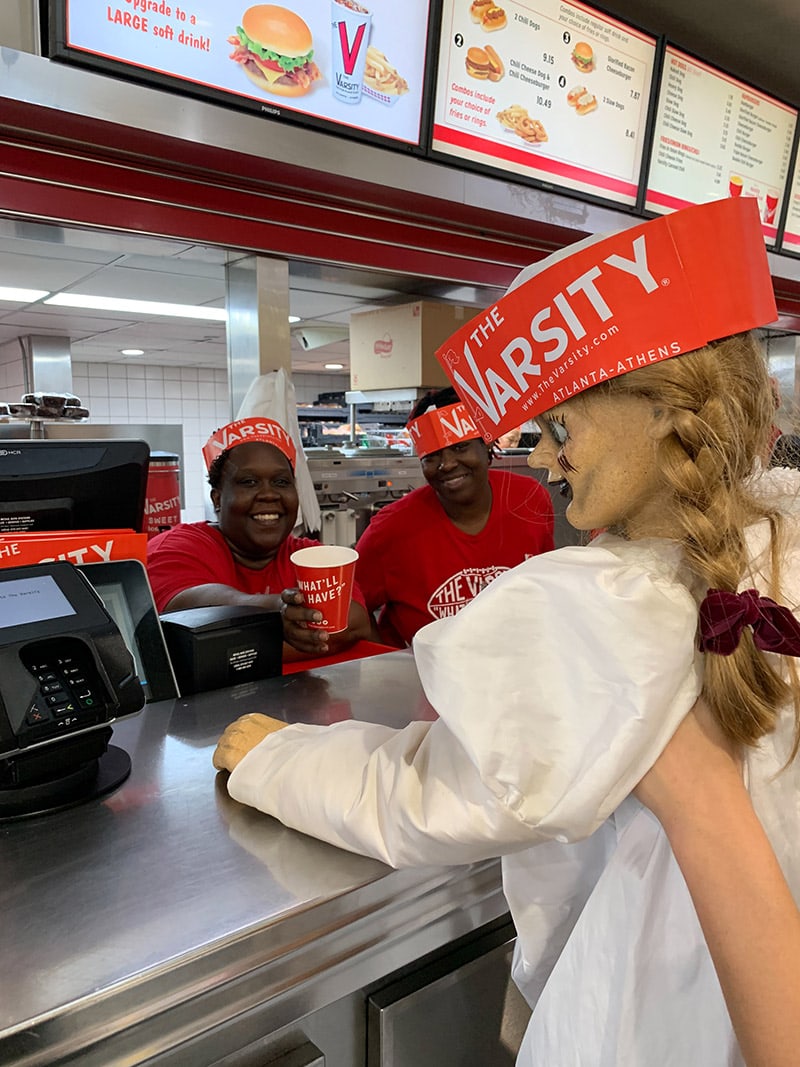 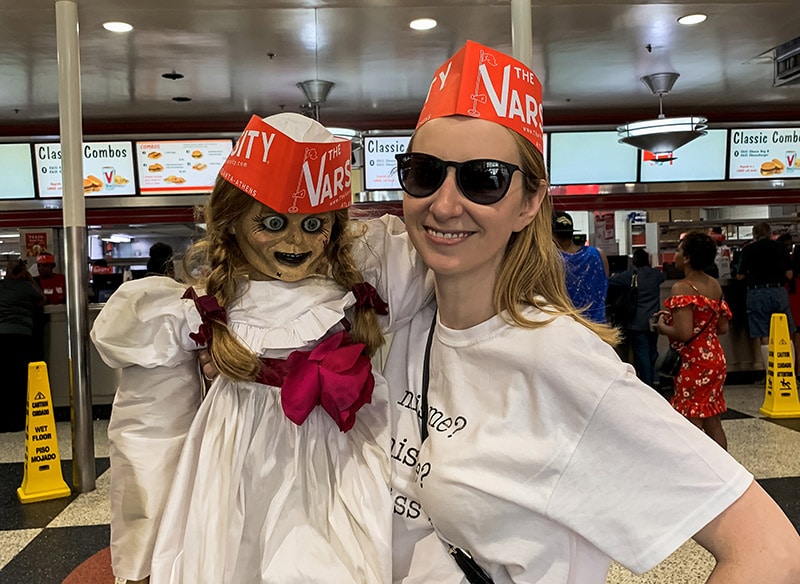 Had an absolute blast on my Girl’s Day Out with Annabelle! She had to head back to LA this afternoon to get ready for the premiere of her film, Annabelle Comes Home, on June 26th (That’s Wednesday!). Make sure you go check it out this week, I know Annabelle will kill it! 🙂 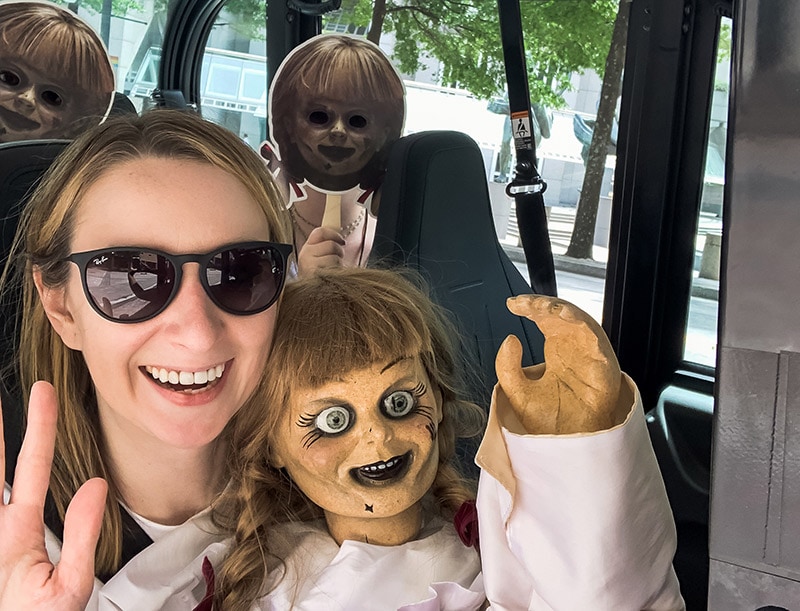 FanBolt's Girl's Day Out with Annabelle