‘Terminator: Dark Fate’ Review: What a Sequel Should Be 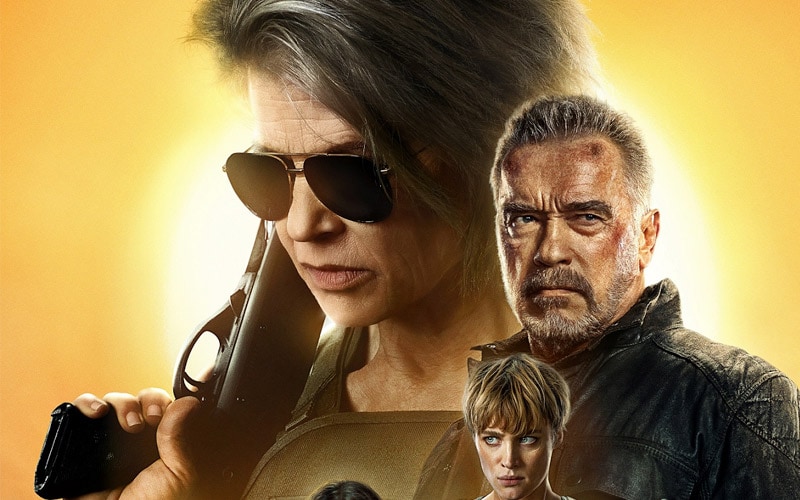 Sequels are tricky things, and rarely are they done right. That holds even more true for sequels to films that we grew up with and loved. Iconic films such as Terminator hold a fond place in our hearts (for many of us). A “true” sequel to that franchise needs to be approached in a certain way to honor the nostalgia we all feel -- and it also needs to bring something new to the table for 2019.

Terminator: Dark Fate takes place more than two decades since Sarah Connor prevented Judgment Day, changed the future, and re-wrote the fate of the human race. For this film, the story focuses on Dani Ramos (Natalia Reyes). Dani is living a simple life in Mexico City with her brother (Diego Boneta) and father when a highly advanced and deadly new Terminator, a Rev-9 (Gabriel Luna), travels back through time to hunt and kill her. Dani’s survival depends on her joining forces with two warriors: Grace (Mackenzie Davis), an enhanced super-soldier from the future, and a battle-hardened Sarah Connor (Linda Hamilton). As the Rev-9 ruthlessly destroys everything and everyone in its path on the hunt for Dani, the three are led to a T-800 (Arnold Schwarzenegger) from Sarah’s past that may be their last best hope.

Terminator: Dark Fate Review -- What I Liked and Didn’t Like

While you might think that we don’t need any more Terminator sequels (this is the sixth installment), I have to say -- this one is pretty entertaining -- and a step in the right direction for the franchise. The cast (new and old characters) all have amazing chemistry with one another, pair that with some pretty intense action sequences, and you end up on one hell of a ride.

James Cameron (producer of this film and director of the original Terminator) handpicked Tim Miller (Deadpool director) to direct this project, and it was an ideal match for the film’s tonality. The dry humor and sarcasm marry well with the action, and Mackenzie Davis delivered so much for Miller and the cast to work with. Long story short, while the cast is fantastic, Davis is the real star of the show here.

Complaints? I honestly don’t have many. It would have been nice to have a bit more backstory, but that’s really all I can say. I’m not sure there’s a hugely creative future for additional films -- as I feel like this one feels a bit rehashed, but it’s a well-made action film that audiences will enjoy. What does that mean? It means that Sarah Connor will likely be back again.

Overall, I really enjoyed Terminator: Dark Fate. It paid tribute to the original, but it also brings something new and complementary to the table. It’s a solid script, the cast delivered stellar performances, and bottom-line, it’s just fun.

November 2019 Hulu Monthly Update: 'Into the Dark', 'Dollface' and More!