by The Jacob
in TV, TV Reviews 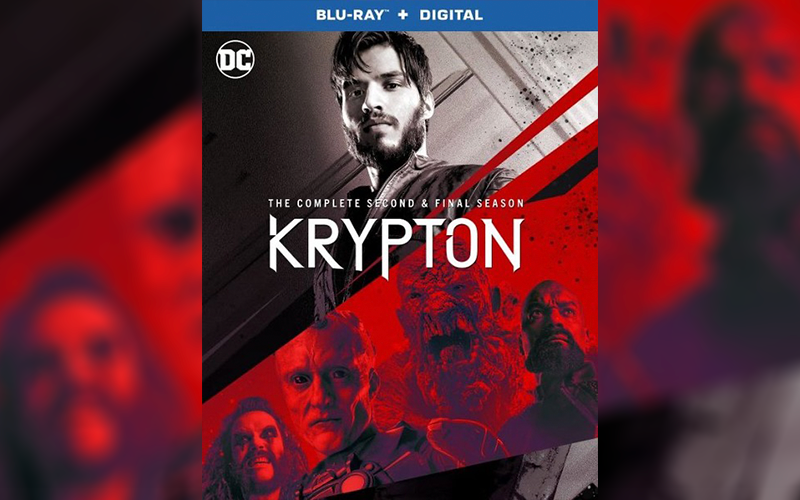 If you are not already watching the SyFy series Krypton you really should be. Well, more accurately, you should have been. The series unfortunately only had two seasons, but they are definitely worth a watch, especially if you are a fan of the DC universe and Superman in particular. Fortunately, Warner Brothers is releasing a Blu-Ray & DVD set of season two this week (I was lucky enough to receive a copy) and you can catch up on the series as well as some cool extras.

Let me catch you up on what the show is about if you have not seen it. Krypton takes place on the planet of Krypton approximately 200 years before the planet is destroyed and Superman arrives on earth through the eyes of a modern-day human that travels through time to Krypton. The series follows Seg-El, the grandfather of Superman, who comes from a family that has been shamed and is not trying to save the future of his planet (and redeem his family’s name). At the end of season one, we were left with Zod in control of Kandor on Krypton and modern-day earth has a statue of Zod implying that Superman never made it to Earth and therefore was not there to help us. Season two picks up there with Seg-El attempting to unite forces on Krypton to defeat Zod and save their planet (and, consequently, save Earth as well).

It’s quite a clever show, which is not hugely surprising since it was developed by David S Goyer (writer of Batman Begins, Man of Steel, Batman v Superman) and gives us a side of Superman we have not seen before. It also gives us some family ties that make things all the more interesting. It seems clear that the showrunners probably knew that the show would end after season 2, because they really packed a lot in for fans. There are a ton of villains, plot twists, and setups.

If I had any complaints, it would be that they seem to pack in a lot at the beginning and it gets a bit complicated and complex; however, it ultimately pays off in the end. It wraps up (almost) everything quite nicely. One storyline is left unfinished, most likely for the chance that a third season did happen.

The show itself really looks and sounds great in the Blu-ray release. The show is well-produced and the images are crisp, clean, and clearly show all the details of every scene, especially the action scenes. The audio brings through all the special effects with no distortion while keeping the dialog sounding clear. There are ten episodes for the entire season on two discs as well as a digital video code (redeemable on Vudu).

Warner Bros’ Blu-ray release provides excellent picture and sound. The picture looks crisp and clean, capturing all the details of the action, explosions, and effects. This certainly did not feel like a low budget series in those final 2 episodes of the season. The 10 episodes are evenly split across two discs, which are housed in a standard multi-disc HD keepcase with a cardboard slipcover. Inside is also the redemption code for an HD digital copy of the episodes redeemable via Vudu. The set also includes “The Fate of Superman” a short (about 3 minutes) feature in which David S Goyer discusses the lineage of Superman and the issues some of the relationships create.

It also has a 38-minute “Villains: Modes of Persuasion” which covers villains across the DC Universe not specific to Superman alone.

Overall, Krypton is a well-done addition to the DC Universe and while a lot of fans have issues with the films being released this is another example of how DC characters adapt so splendidly to television. It’s definitely worth a watch.

Krypton: The Complete Second and Final Season is available from Warner Brothers on January 14, 2020.

Who Is in the Cast of the New 'Lord of the Rings' Television Series?

A Look at the Future of 'The Walking Dead' Franchise