‘Suits’ 3.12 Recap and Review: 5 Things We Learned From ‘Yesterday’s Gone’ 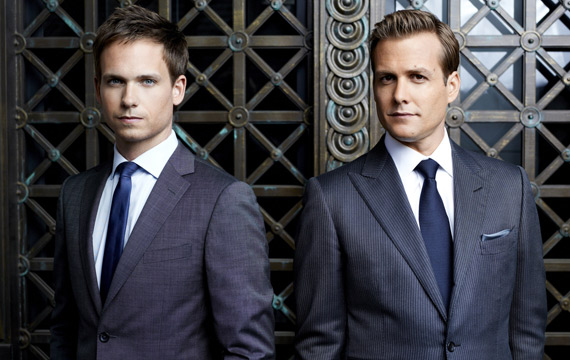 Picking up where the character-driven plot last left off, the second installment of Suits 3.5 revealed some very interesting things about the show’s main characters:

1. Louis (Rick Hoffman) plays by the letter of the law and takes his job very seriously, as evidenced by his decision to invite Professor Gerard (Stephen Macht) to Pearson Specter to speak to the associates see if he’d be able to recognize his former student.

2. Jessica (Gina Torres) isn’t as emotionally stable as she appears. During the “Yesterday’s Gone” episode, viewers got to see a side of Pearson that never gets shown: she’s capable of being vulnerable no matter how strong she may act. With her ex-husband Quentin having lost the battle to ALS, the case-of-the-week became personal, as she and Harvey were named executors of Quentin’s estate, in which she had to testify in court to halt the sale of her ex’s pharmaceutical company.

3. Harvey (Gabriel Macht) doesn’t always win. In an attempt to keep Mike’s (Patrick J. Adams) secret a secret, Harvey flew to Harvard in hopes of manipulating Professor Gerard to cancel his NY trip, but he failed.

4. Donna (Sarah Rafferty) is right about Specter and Scottie: their relationship won’t last, reason being that they lack any real foundation, and their arrangement is purely physical. Once again, Specter tried his hand at being romantic, by purchasing Dana a “welcome-to-the-firm gift.” The problem? He purchased something he liked (in this case a $12k bottle of Scotch) instead of buying something meaningful that she could appreciate.

5.  Though Rachel (Meghan Markle) is now balancing her personal and professional life with Ross, her character is very much underused (just like Donna’s), and she pretty much still serves as an after-thought for each episode. It’s pretty sad, because Zane is capable of doing far more than picking out furniture.

I’m all for Suits returning back to its roots, but while the main characters are seeing more growth within their individual story lines, the series as a whole seems to be getting stale. Hopefully the remaining episodes will kick it up a notch.

Tune in tonight at 9p EST (March 20) for an all-new episode on USA.