Rosario Dawson Reveals She was an ‘Awkward Teenager’ 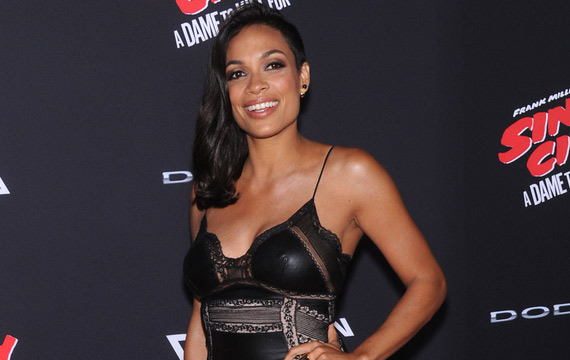 Rosario Dawson has revealed she didn’t lose her virginity until she was 20, because she was an awkward teen who didn’t develop feelings for boys in her teens.

The Sin City star is among the world’s most lusted-after Latinas, but she admits it wasn’t so long ago when she was invisible to the opposite sex – and she liked it that way.

Dawson tells Cosmopolitan for Latinas, “I was an awkward teenager. I went stag (solo) to my prom. I was a virgin until I was 20 years old!

But now she’s fully aware of the fact she’s a sex symbol and she appreciates men: “I’m a touch person, I love intimacy… I love men! I love romance.”

Currently single, Rosario admits she always on the look-out for Mr. Right, adding, “I would love to fall deeply in love with someone, but at the same time it’s not my everything.”

Rebecca Mader Talks 'Once Upon A Time' at Dragon Con 2014